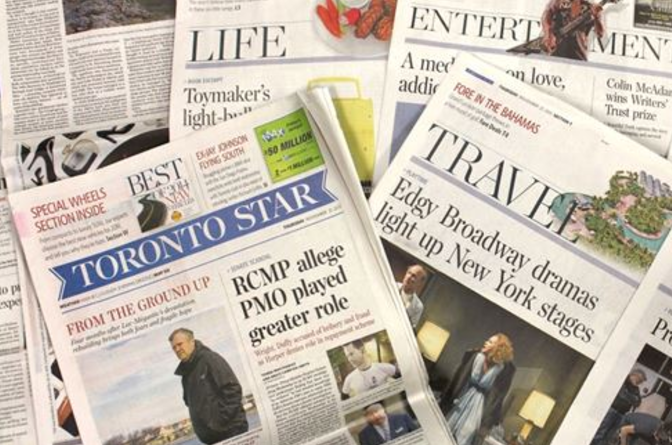 Print advertising revenues declined 19 per cent, while digital revenues were down four per cent.

Print advertising revenues at Torstar declined 19 percent, while digital revenues were down four per cent as a result of lower revenues at Workopolis, WagJag and Save.ca. There was growth at VerticalScope, a Torstar company focused on the consumer market, and with digital advertising at Metroland’s local media websites.

John Boynton, president and CEO of Torstar and publisher of the Toronto Star, said in an investor conference call that while reader engagement with Star Touch, the Star’s once much lauded tablet app, was still strong, readership doesn’t appear to be going up. “The volume doesn’t look like it is progressing at all,” he said, adding Star Touch is currently in review phase.

There were approxiametely 110 jobs cut by Torstar earlier this year as part of restructuring at the company, with savings pegged at $5.3 million. The Financial Post reported that those job cuts came from the closure of a small printing plant and mail room.

The closure of the Vaughan printing plant and layoffs last year also contributed to a reduction of labour costs by $12.8 million in the first quarter.