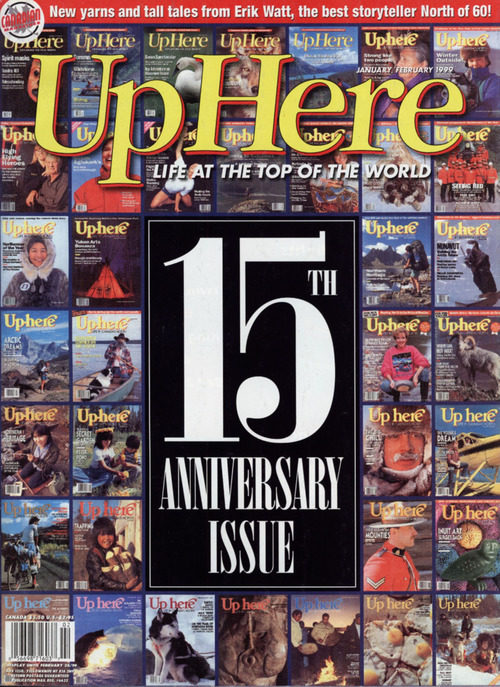 Up Here and Up Here Business magazines will merge in January

The two titles already shared some content and advertisers, says publisher. The magazine will add new stringers in Yukon and Nunavut.

Up Here and Up Here Business magazines are merging.

The combined monthly magazine will be released for the first time in January. Previously, Up Here came out eight times a year, while Up Here Business was monthly.

[[{“fid”:”3396″,”view_mode”:”default”,”fields”:{“format”:”default”,”field_file_image_alt_text[und][0][value]”:””,”field_file_image_title_text[und][0][value]”:””},”type”:”media”,”attributes”:{“style”:”width: 300px; height: 412px; float: right; margin-left: 10px; margin-right: 10px;”,”class”:”media-element file-default”},”link_text”:null}]]Merging the two magazines into a larger publication, under the name Up Here, will allow for more coverage of other topics, including lifestyle stories and other aspects of northern life, said publisher Marion LaVigne.

She said there was also overlap between advertisers in their small market while two magazines were being produced.

The business magazine was only distributed in the north, while Up Here was distributed nationally.

The new magazine will also be distributed nationally, LaVigne said.

“The idea was to also give the business (content) a wider distribution,” she said. “With this new magazine, we’re going to be producing the same number of pages as we did with two magazines, because it will be larger.”

The merger will result in minor savings for the company because of decreased distribution and publication costs, LaVigne said.

There are no staffing reductions, she said, adding part-time, stringer-like workers are being added in Yukon and Nunavut to feed into the magazine, which is based in Yellowknife.

“It’s an evolution. It’s not the first time we’ve done this,” she said, noting that Up Here Business launched seven years ago, when Far North Oil and Gas and Canadian Diamonds merged.