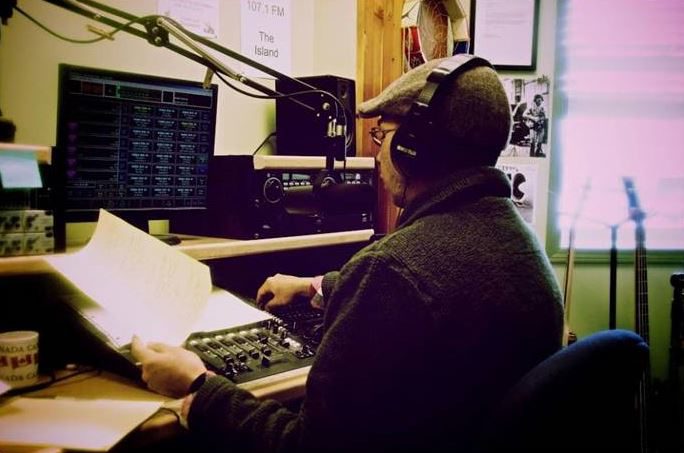 JHR and Loyalist College also recently announced a scholarship that will give mentees in the northern Ontario program the opportunity to spend eight weeks at the Loyalist-Trent Summer Institute in Journalism in Belleville, Ont., studying the fundamentals of journalism. The scholarship will cover the participant’s tuition and accommodation costs for the eight-week period.  In its pilot year, the Journalists for Human Rights program in northern Ontario has received a mixed reaction, with one community withdrawing its invitation to a journalism mentor. Others say the program has been a positive experience.

In its pilot year, the Journalists for Human Rights program northern Ontario program has received a mixed reaction, with one community withdrawing its invitation to a journalism mentor. But others say the program has been a positive experience.

JHR, which launched the northern Ontario initiative in July to increase Aboriginal participation in local and national media, planned to send two mentors to six remote communities over a year. But one of the communities, North Caribou Lake, revoked JHR’s invitation on Feb. 18, the day the mentor Kimberly Stinson was supposed to arrive.

Chris Kornacki, JHR’s field coordinator in Thunder Bay, told J-Source that the community “literally pulled out at the last minute … it was very disappointing.”

“Apparently they got uncomfortable with a journalist mentor coming to stay in the community for several months, and there was also a change at the band council … they were far more conservative.” He added there has been a gap in time between when the agreement was signed with the community members and when the mentor was supposed to arrive.

J-Source was unable to reach the band council in North Caribou Lake for comment.

Kornacki, however, did arrange to send Stinson to another community, Lac Seul, a week later. She will stay there for an additional week to make up the lost time. “It wasn’t a complete waste of time as she’s working with a couple of students and a contact at the youth centre to deliver some workshops remotely,” Kornacki added.

But in general, “aside from these bumps in the road,” Pierro said JHR’s northern Ontario program has received positive feedback. So far, mentees have produced approximately 75 published works that have been picked up by CBC, Wawatay and Net News Ledger in Thunder Bay, among others. Kornacki has also conducted several workshops in Thunder Bay to educate local media on Aboriginal topics, such as residential schooling and treaties.

“It’s a small journalism community in Thunder Bay, but I think these workshops—which are sort of crash courses in Aboriginal issues—are going really well,” he told J-Source.

Kornacki said the program’s biggest challenges have been weather-related—“flights getting cancelled or delayed, but that goes with the territory.”

“What I’m seeing is that it takes a few weeks before they and the community get comfortable,” he said. “As much as plan ahead, you can’t really hit the ground running … it’s takes time.”

Cate Friesen, who is the senior producer of the CBC Aboriginal digital unit, said the pieces they have commissioned from freelancers that went through the JHR program “have been quite good.”

“It’s a partnership that makes sense … we want those pitches and stories from those communities,” she said. Attawapiskat Chief Theresa Spence said in a statement that JHR was a "positive presence and would be welcomed back."

"It was encouraging to see a journalist take the time to live in our community and watch the impact his work had on our local young people," she added.

Eli Chilton, a mentee from Moose Cree, said the program has shifted his perspective on news reporting entirely. He works as a DJ at 107.1 FM CJFI The Island, and was only playing music and reading the occasional community bulletin until he went through the JHR program.

“What JHR gave me was focus … how to do interviews on air with guests and get at the news, or say if I’m reading about a water main break, then thinking about questions like when will the boil water advisory be over, how long should we broadcast this bulletin,” Chilton said. “It was a way of connecting the dots, so that it didn’t seem like an impossible monstrosity of a task.”

JHR and Loyalist College also recently announced a scholarship that will give mentees in the northern Ontario program the opportunity to spend eight weeks at the Loyalist-Trent Summer Institute in Journalism in Belleville, Ont., studying the fundamentals of journalism. The scholarship will cover the participant’s tuition and accommodation costs for the eight-week period.

Pierro said JHR is looking at fundraising options to expand the pilot program. Currently, mentors spend three months in each of the six Ontario communities, but Pierro said five to six months would be better, and JHR would also like to bring this program to Manitoba and Saskatchewan.