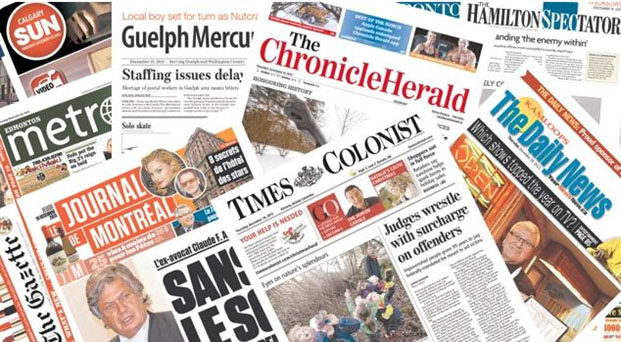 The victim’s name evoked a country-wide push to improve police response to sexual assault. But the media couldn’t report her name because of a publication ban.

Editor’s note, Dec. 17:  When we first published this story, the publication ban on Rehtaeh Parsons’ name was still in effect. Today, the Nova Scotia justice minister announced the province would not enforce the ban “unless her name is used in a derogatory way.” This comes weeks after the Halifax Chronicle-Herald chose to violate the ban, saying the violation was “in the public interest in this unique case, given the widespread recognition of Rehtaeh Parsons’ name, and given the good that can come, and has already come, from free public debate over sexual consent and the other elements of her story.”

It’s a publication ban that few people wanted and serves little purpose, but Canadian media are obeying it anyway.

In April, Nova Scotia Provincial Court judge Jamie Campbell imposed a publication ban in a high-profile child pornography case because it was mandatory under the Canadian Criminal Code. He did so despite opposition from crown attorney Alex Smith, a legal challenge from lawyer Nancy Rubin on behalf of four local media outlets and a plea from the victim’s parents.

Since the victim and the alleged perpetrators of the crime were all under 18, the publication ban is in effect under the Youth Criminal Justice Act.

But even as the judge imposed the ban, he said it was futile because of the highly publicized nature of the case, and that the facts of the case “screamed for a solution.”

“The young person whose identity is purported to be protected by the publication ban is more than just well-known,” Campbell wrote in his decision. “As Ms. Rubin has noted…‘she has achieved quasi-celebrity status where she is known by just her first name.’”

The parents of the victim are also disappointed with the result of the ban. “It does nothing to protect our daughter,” the father said of the ban.

They said the ban is harmful because their daughter’s name carries power and has helped bring about legal reforms and sparked discussion about issues such as sexual consent, cyberbullying and suicide.

“We get messages every single day about how (her) story and her voice has impacted someone’s life,” the victim’s mother said. “The conversations are happening.”

They started a campaign to get their daughter’s name in the media again in connection with the case. Although they’ve published her name on blogs and on social media sites, they have not been charged with contempt of court. They hope the media will follow their lead, much like Frank Magazine did in early May without any repercussions.

Editor Andrew Douglas declined to comment on the piece, saying he preferred to let the article speak for itself. He wrote that the case “is as public as public can be. Yet, the public is now being asked to forget the reason why it is engaged in the first place.”

“I support them breaking it 100 per cent,” said the victim’s father, “and I want to let them know I’m breaking it all the time.”

In attempting to offer a solution to the quandary, the judge suggested the “media could publish the identifying information and hope that in light of the Crown’s position in this case that they will not be prosecuted.”

In June, the Cornwall Standard-Freeholder, in Ontario, also mentioned the victim’s name in connection to the child-pornography case and unwittingly broke the ban, but no one has complained to police yet. The reporter, Lois Ann Baker, said she did not know there was a publication ban on the case when she covered a speech the victim’s father gave in Cornwall and directed J-Source to her managing editor, Hugo Rodrigues.

“After consulting our lawyer, the Standard-Freeholder has no interest in speaking with you for your piece,” Rodrigues wrote in an email. The paper has also removed the article from its website.

The Nova Scotia director of public prosecutions or the attorney general could issue a pronouncement saying they wouldn’t prosecute media that break the publication ban. But in a letter to Rubin, Director of Public Prosecutions Martin Herschorn said he and Attorney General Lena Metlege Diab decided not to give media the green light to begin using the name again.

Herschorn said doing so would be “unprecedented … and inappropriate in this context.”

Nick Taylor-Vaisey, vice-president of the Canadian Association of Journalists, said he doesn’t know whose interests are served by the ban in this case.

“I don’t know if anyone would complain,” he said.

Lisa Taylor, a lawyer and a professor at the Ryerson School of Journalism, in Toronto, said the law can sometimes be a “blunt instrument.”

“Sometimes, journalists need to overlook the criminality of breaking a publication ban and focus on the ‘greater public good.’

“Let’s not look at law as the only framework by which we can achieve what’s right in this case,” Taylor said. “There are times when the ethically sound thing for a journalist to do is to break a law.”

For the Public Prosecution Service of Nova Scotia to consider charging a journalist or media outlet, a complaint would first have to be made to the police. Once the police investigated and determined the publication ban had been broken, it would then provide the evidence to the Crown, which would consider the likelihood of a conviction and then determine if laying charges was in the public interest.

“They’re not out there looking for business,” said Chris Hansen, a spokesperson for the Public Prosecution Service.

“Given the reluctance to lay charges, there appears to be a suggestion that a window exists for individuals involved in the case and for the media to continue publishing articles that seemingly violate the pub ban,” he said in an e-mail. “However, and this is a big however, any journalist and news organization that knowingly continues with this kind of activity also should knowingly be prepared to ‘suffer the consequences.’”

Some media have spoken against it, such as Canada.com and the Halifax Examiner, but have decided not to break it.

Andy LeBlanc, the director of news and public affairs for CTV Atlantic, said his organization “weighed the pros and cons” of ignoring the ban, but “determined that it would be best to comply.

“As much as we, as journalists, like to have access to information and reveal that to the public, we have no interest in getting into legal trouble,” LeBlanc said.

When media have used the victim’s name, it is only in stories that do not directly deal with the court proceedings.

“The ban is in relation to the identity of the victim in the context of the prosecution of the child-porn charges,” Rubin wrote in an email. “It doesn’t prevent people from saying (the alleged victim’s) name in other contexts.”

Meanwhile, the court case is proceeding. One of the accused pleaded guilty to production of child pornography on Sept. 22. The victim’s parents called it a vindication of their daughter, although her name was not used by any media while reporting the guilty plea.