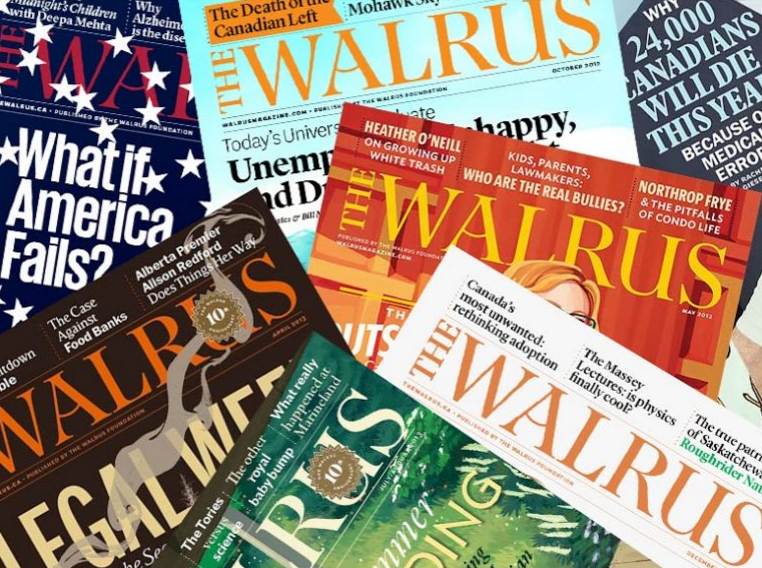 If a journalist or a media outlet invades privacy—or overrides a dying wish—these actions must be justified by an overwhelming public interest.

Some journalists make fun of academics. You know: those who can, do, and those who can’t, teach and research.

But we also have another function: we watch the watchdogs and critique the critics. And  lately, I have been watching The Walrus, a publication that claims to be a general interest magazine purveying “the best stories by the best writers” (emphasis added).

A recent column and some editorial decisions by the magazine’s editor-in-chief, Jonathan Kay would be hard in my mind to describe as “best” anything. In fact, I believe these editorial choices were unethical, and I think most members of the public—for whom The Walrus ostensibly writes—would agree.

The situation is complex, and before I try to parse the specifics, I will outline what I consider to be the most salient details.

On June 8, Kay published a column demanding the release of the suicide note of the Toronto Star reporter who recently took her own life.

In ‘Show us the Suicide Note,’ Kay described suicide as “a pathological act” and asked why people who die by suicide should be allowed to “finally impose control upon the narrative of their broken life.”

“No good investigative journalist can embrace the sentimental conceit that the dead enjoy privacy rights,” Kay wrote, arguing that the dead often have lessons for the living.

Kathy English, the Star’s public editor, wrote in a June 7 column that the reporter had specifically asked that no stories be written about her, and that the Star not follow its usual practice of writing an obituary about the passing of one of its own. It was a request English said the Star tried to honour, but could not because of the public call for a separate investigation.

In my own efforts not to revictimize the reporter’s family, or to show disregard for a dying woman’s wishes, I have chosen not to name her.

In advance of an investigation to verify details, a basic sketch has already been publicly proffered by some media outlets. It has been reported that the reporter and a senior manager, Jon Filson, had a personal relationship. The reporter in question had also allegedly discovered Filson was in a relationship with the reporter’s boss, Jane Davenport. While the Star conducted an internal investigation into the allegations and the circumstances surrounding the death, the union at the paper recently called for an independent review of the facts.

After calling for the release of the reporter’s suicide note, Kay ran a highly personal piece on The Walrus’ website by Jon Filson, who disclosed many details of the woman’s life—details she would not have wanted made public—and in an odd turnabout, Filson also positioned himself as a kind of victim, suffering in an unhappy marriage as well as in a difficult extramarital relationship, all the while holding an unrelenting job, and now as the focus of unwanted media attention.

Filson opens his piece with an apology, “to her, and to everyone affected by her loss” and he says up front that he “will always wish she had made another choice. And that [he] had made different choices.”

While he does critique some of his own decisions, and he frames “Private Lives” as an apology and explanation, the focus shifts to and dwells on the now-deceased reporter. Filson describes a woman troubled by family background and other things in her life unrelated to their relationship. He admits he was married for some of their affair, and that he became involved with the reporter’s boss, but he also notes the reporter, too, had “been married, at least on paper” throughout their relationship.

Filson presented himself as a loyal friend helping address “the stigma attached to mental-health issues.” Despite sharing many of this woman’s personal details, he noted that both he and the reporter were “private people,” and “After trying to explain and apologize” he hopes he “can become one again.”

Filson closed the piece by mentioning his own “targeting” on social media. This column, “Private Lives,” was a stand alone piece, and as such, his perspective on events went unchallenged.

Although Filson acknowledged the reporter and her family had requested privacy, his article and Kay’s demand to see the suicide note take the opposite direction. Both argue that a greater public good is served by openness.

I was curious about Kay’s motivations for publishing both his own extreme demand for the release of the reporter’s suicide note, and the more moderate views expressed by Mary-Margaret Jones, to whom he gave a platform on June 15.

In an email response to my queries, Kay wrote:

My column was nominally about the tragedy surrounding [the reporter’s] death. But it was also about media hypocrisy. We journalists will demand access to every document and fact under the sun in most cases. But as soon as the case involves one of our own, the attitude becomes ‘Let’s respect the desire for privacy.’ I know of no other context in which journalists prioritize privacy over truth-seeking in this way.”

He continued: “One of [Mary Margaret Jones’] points, when we debated this privately after my column, was that I was prioritizing an abstract principle over real human emotions. Which I suppose is true in a general sense—though I would argue that this is what good journalists do all the time.”

Jones’ argument is worth a read in its entirety, but her central argument is captured at the top of her piece: “Investigating harassment and the sexualization of women in the workplace is of public interest. A suicide note is not.”

I could not agree more.

While Kay argues in “Show us the Suicide Note” that the Star ought to release the note because journalists owe no obligations to the dying wishes of anyone, he completely overlooks the harm this will cause to the reporter’s family. They have been thrust into a media spotlight because of circumstances not of their own making while grieving.

Beyond this, I would also suggest that there are ethical approaches, like that of Emmanuel Levinas, who would argue that it is always the primary human responsibility to hear and accede to the plea of what Levinas calls “the other.” In this instance, the other would be the reporter, but also, her family members.

In brief, for Levinas, anyone who presents themselves to a person in a position of authority, who could “hear” this person’s call—literal or metaphorical—for help, understanding, and care, is obligated to heed this plea. It’s the obligation of all of us as humans. I think most members of the public would prefer journalists be human first, and journalists second.

Balancing transparency and privacy is not an easy business, but demanding that a document ought to be released because, in Kay’s words, “we can learn from it” since “Even in death, the departed can offer value to the living,” strikes me as patently self-serving.

If a journalist or a media outlet invades privacy—or overrides a dying wish—these actions must be justified by an overwhelming public interest. Otherwise, such journalism is operating out of prurient, rather than legitimate transparency. Transparency is required for the public interest. No one is obligated to wear cellophane clothes.

What strikes me as odd in all of this particular coverage is how journalists and journalism have become, extremely and indulgently personal. It feels like all these stories are written for people “in the biz.”

And I think most members of the public would be appalled by a lot of what Kay has written, and also what it suggests to give people like Filson a platform that offered a plethora of intimate details about a former lover who is no longer alive, and one that ended with a link to his professional history, including his Linkedin profile.

Yes, it is true that in some instances, reporters can use individuals and the specifics of their stories to talk about larger social problems, and it’s true that people find it hard to engage with abstract concepts, so reading aspects of the personal hooks them. The technique can be highly successful. But I remember what public editor Kathy English once told me, in the context of the coverage of Tori Stafford, the eight-year-old Woodstock girl who was abducted, sexually assaulted, and murdered by Terri-Lynne McClintic and Michael Rafferty in 2009. English said,  “No reader, no member of the public, ever complains that we don’t give enough details.”

For the record, my beef is not that I disagree with Kay. I can and often do read columnists whose outlooks differ substantially from my own. I see their musings as provocative and use their perspectives to clarify my own position. But what he is demanding, and the manner in which he is doing so—his own editorial and the sole voice of Filson—I believe suggests an incredibly callous attitude toward a woman who cannot defend herself.

The demand for the release of the suicide note is not about calling to task the Toronto Star newsroom and calling out its management for its insensitivity and possible sexism or misogyny. And this call in and of itself coming from Kay is heavily ironic, given that he told me he was concerned about “media hypocrisy” while there are the unanswered allegations about his own magazine’s problematic handling of employees detailed last year by Canadaland.

To be clear, calling out power anywhere it’s being abused, whether it be the Star, or The Walrus, or the CBC newsroom, is legitimate and I would argue, it is the most important raison d’être of journalism. But these particular stories have all gone ‘way beyond that, and all that most of us can see now are the individuals, not the issues behind them about which members of the public should be informed, and on which they ought to weigh in.

We need to have a public conversation but, to do this, we need journalism to address us and inform us as smart, engaged, ethical citizens, not consumers hungry for the next slice of a personal dish.

Correction: This story has been updated to clarify the allegations regarding Filson and Davenport and where they first appeared. 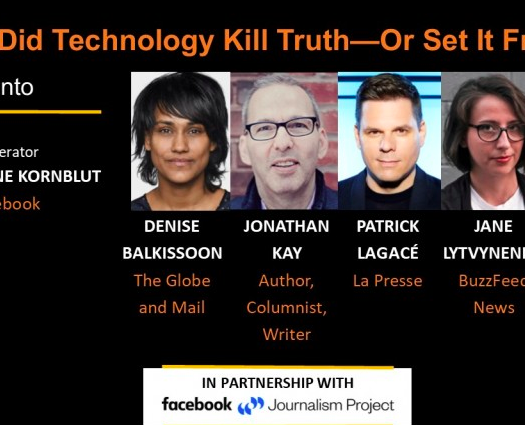