Journalists are always hardest on themselves.

A new survey of over 1,550 North American journalists has found that over 90 per cent believe the media is “somewhat or much less” trusted by the public compared to three years ago.

The State of the Media report, completed by Cision, a Canadian media technology company, polled 1,350 American journalists and 200 Canadian journalists from a variety of media sectors, including legacy media, bloggers and digital publishers.

One thing most journalists agreed on? It’s better to be right than first. A vast majority—92 per cent—of those polled said that was the most important thing. Over 60 per cent said they believe that the public values facts over opinions or feelings.

Whether that’s actually true for the public remains to be seen.

How to pitch a journalist

If you have been a journalist for any length of time, you have undoubtedly received at least one pitch that has nothing to do with your beat or outlet.

The Cision survey, which is aimed at PR professionals, does show a little about what frustrates journalists who interact with them. Write-in tips from journalists included, “write in CP Style, or at least spell things properly;” make sure to answer questions if you send out a press release; and write pitches that are less commercial. Over 80 per cent of respondents said that PR people could do a better job just by researching and understanding individual media outlets.

Verified journalists on Twitter are the largest and most active group on Twitter—little wonder then that 21 per cent of journalists identified it as the social media platform with the “greatest potential for growth.” However, few saw it as the most valuable—that honour goes to Facebook, with many journalists saying that its live video capabilities are underutilized.

What keeps journalists up at night?

Like everyone else, a lack of money is a big stressor. The survey found that as budgets get smaller at most media outlets, journalists worry about their own livelihood and the quality of the work produced.

They are also worrying about misinformation. “If media organizations don’t fact-check each story independently as it develops then articles can take on the air of truth from repetition,” said one daily newspaper reporter in the survey. 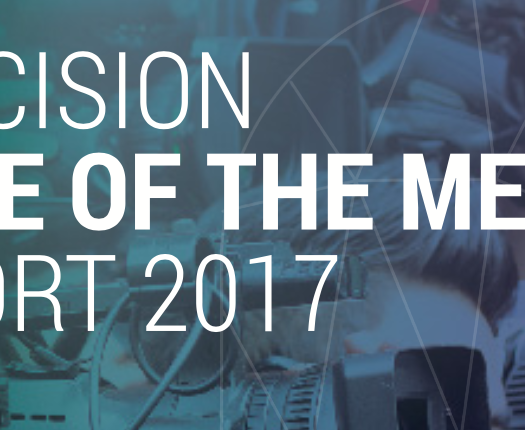