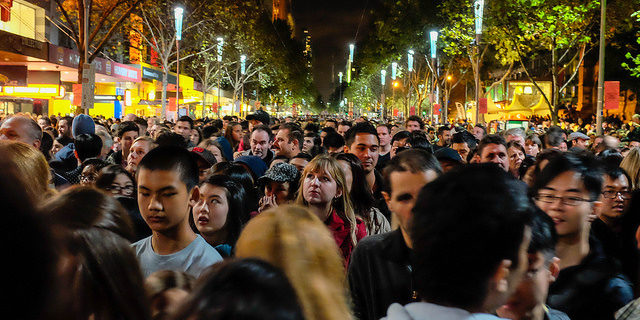 What Jonathan Kay has wrong about diversity in journalism

Change will require action on many levels, including journalism schools.

“There was a desire to be inclusive,” wrote Don Heider in the conclusion to his 2000 monograph White News: Why Local News Programs Don’t Cover People of Color, “but no way in which that desire was put into operation in day-to-day news practice. Hegemony is evident in the practice of news decision-making that continually reinforces values and norms held by White managers who have no stake in radical change.”

Heider was writing about TV stations he studied in Albuquerque and Honolulu before the turn of the century, but his observations reflect many people’s experience of media in this country 15 years later.

In a recent appearance on Jesse Brown’s Canadaland podcast, newly installed Walrus editor Jonathan Kay discussed with Brown the homogeneity of the people writing for that magazine (and other mainstream outlets) in the country. Most of the young writers he meets, Kay said, are “people who grew up in privileged households.” The typical pattern, he added, is that writing is something young people do on their way to law school.

Kay or anyone else in a management position who just throws up his hands when confronted with the diversity conundrum should come visit the Etobicoke college campus where I teach—or just about any other journalism school in the country.

Canada’s journalism schools, not to mention independent campus newspapers and radio stations, are filled with people from almost every imaginable background—people trying to enter a field where job opportunities seem to be dwindling and salaries are stagnating. This is not because they don’t understand the situation but because they are passionate about what journalism, at its best, can and should do.

There is no reliable data specific to Canada that I’m aware of to support or refute this—there doesn’t seem to be much after former Ryerson professor John Miller’s Diversity Watch project which hasn’t been updated in 10 years—but a perception exists that there is a disparity in who gets jobs. “Journalism schools are pumping out so many visible minorities and plenty of women, and they do not get jobs the way white kids do,” Hazlitt managing editor Scaachi Koul was quoted by J-Source as saying at a recent Massey College Press Club event in Toronto on the generational gap in Canadian journalism.

Meanwhile, Amber Gero, a radio reporter who was laid off from her job at CFRB 1010 last year, effectively made the same point in a mid-March interview on the Toronto Mike podcast. “I’d also like to see more Asian people, more native people, more Hispanic people. Where are they? They’re graduating every year from the media schools so don’t tell me they’re not there and ready to work,” Gero said. “It has to change from the top down.”

Koul and Gero are right. Change will require action on many levels, including journalism schools. Journalism educators need to spend more time ensuring that all students are better prepared for success with a clear-eyed understanding of the challenges they face when they enter the field. Journalism departments need to offer a more diverse faculty, guest speakers and even examples of good works of journalism discussed in class.

Faculty also need to continue to use our resources and job security to agitate for change and highlight the problem—particularly with empirical data and not just anecdotal accounts, such as this one. For decades, journalism professors in the U.S., led by David Weaver at Indiana University, have done extensive surveys of American journalists. Without anything comparable in scope in Canadian journalism, legitimate concerns about diversity in the workplace can be brushed aside with greater ease.

Increasing diversity in workplaces will require leadership, risk-taking and time. It will require creating opportunities for younger, less proven journalists to take on assignments more challenging than what they’ve done before.

There needs to be more stories in this country like the one Ta-Nehisi Coates tells of David Carr. “In the February of 1996, I sent David Carr two poorly conceived college-newspaper articles and a chapbook of black-nationalist poetry,” Coates wrote of his time at the Washington City Paper in The Atlantic after Carr’s death earlier this year. “And David Carr hired me. I can’t even tell you what he saw.”

People in the position to hire and develop journalists need a more proactive approach than the one Kay exhibited in his interview with Brown, where he regretted the lack of diversity, but ultimately threw his hands up in the air. It was as though he—now the editor of a magazine and a longtime managing editor of the comment pages at a national newspaper prior to that—could not have played any greater role in opening up more opportunities for voices that are more reflective of Canada’s demographic makeup.

If Kay’s assertion that there are very few good essayists in the country is true, then why not use his position, resources and experience to develop new voices? Instead, when Brown asked Kay to name some people he would like to add to the Walrus’s roster, two of the three people he mentioned were Conrad Black and Rex Murphy—both of whom are exemplars of the status quo. (Not to mention bad writers.)

Kay’s comments are a perfect example of what Don Heider was writing about: someone who is not necessarily opposed to change but has no good reason, personally, professionally or politically, to act.