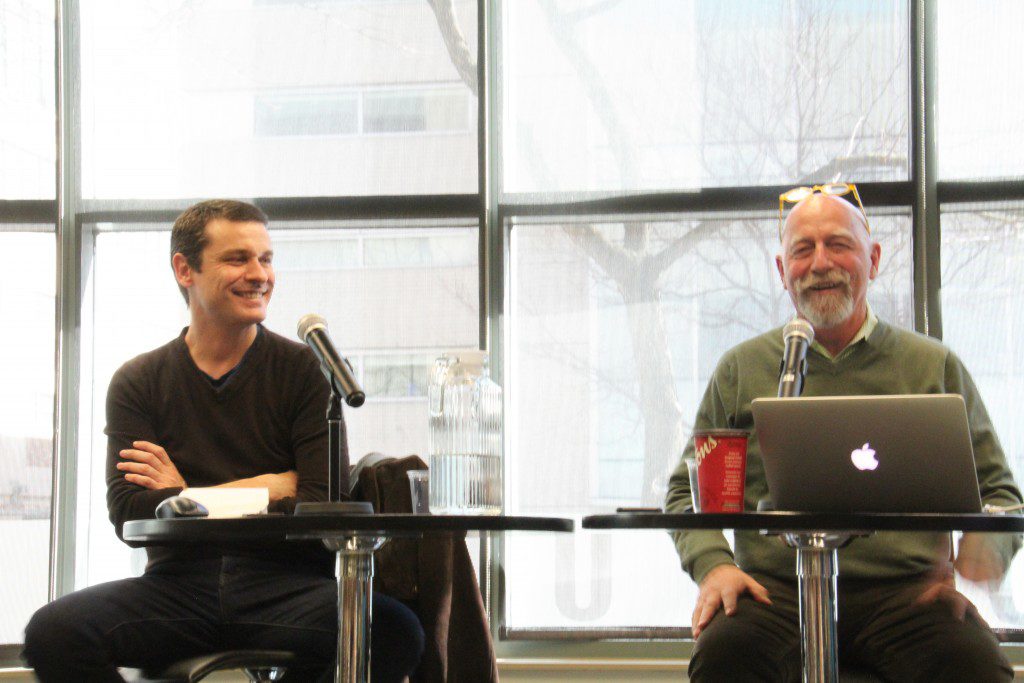 What makes a good photo? Trends in photojournalism

Digital photography and the capacity to edit pictures quickly and affordably have reopened debate over what editorializing means in images and the nature of photojournalistic neutrality.

Digital photography and the capacity to edit pictures quickly and affordably have reopened debate over what editorializing means in images and the nature of photojournalistic neutrality, says award-winning photographer Peter Bregg.

New technologies have expanded the options for manipulating photographs, Bregg said during a panel discussion organized by the Ryerson Journalism Research Centre: “If a photo is heavily enhanced in post production is it the truth as it happened, or is the photographer trying to influence the reader?”

Bregg, winner of the 2014 Canadian Journalism Foundation’s lifetime achievement award and an instructor at Ryerson’s School of Journalism, was joined on the panel by Thierry Gervais, the head of research at the Ryerson Image Centre and curator of Dispatch: War Photographs in Print, 1854-2008. The pair discussed the evolution of war photography, photojournalism trends, neutrality and how the meaning of images can change depending on the audience and where they are displayed.

“If you’re taking a picture where half the picture [is] in sunlight and the other half [is] in shadow, in the days of film, it wasn’t worth printing usually,” Bregg said. “But with RAW [the uncompressed image file from the sensor in a digital camera or scanner], you can go in there and lighten the shadows so it looks proper. You can darken the highlights in the sunshine so it looks okay.”

The ability to alter images has led to new rules governing what can and cannot be changed, he noted. In the World Press Photo contest, for example, “entrants are not permitted to make changes in colour that result in significant changes in hue to the extent that the processed colours diverge from the original colours,” he said. The rules, however, have not put an end to debates about photo manipulation.

Major controversy, for instance, surrounded Swedish photographer Paul Hansen’s 2013 World Press Photo prize for “Gaza Burial.” Hansen’s image, which depicts a procession of grieving uncles carrying their dead nephews through an alleyway after the children were killed in an Israeli airstrike, came under fire for what critics said appeared to be excessive tonal manipulation in post-production.

Steve Paikin thanks Twitter followers for catching his mistakes