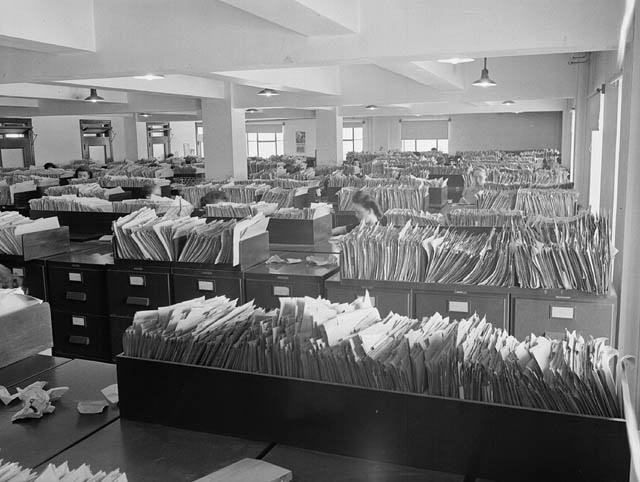 Who makes most of Canada’s FOI requests? Not journalists

Access-to-information requests in Canada have increased 391 per cent since 1997—but the media’s share of those requests has remained relatively the same.

Journalists may make the biggest headlines for using Canada’s access law. But, as is the case in the United States, federal government estimates suggest most freedom-of-information requests don’t come from those reporters—potentially compromising our right to know.

But the media’s share of those requests has remained relatively the same.

But, in that country, a Coalition of Journalists for Open Government analysis of requests filed with 11 cabinet-level departments and six large agencies in Sept. 2005 found that media accounted for just six per cent of the total.

At the time, the coalition suggested that was because “many reporters say it takes too long to get information through FOIA to make it a meaningful tool for news gathering.”

In a recent feature published during Sunshine Week, McClatchy reporters Kevin G. Hall and Kevin Johnson warned a comparative lack of media requests means “information obtained under FOIA may reach the public in a raw, less contextual form…. Or it may not reach the public at all, remaining in the hands of the private interests that sought it out.”

And, in Canada, pretty much the same thing can happen—unless our struggling media use the government’s list of completed access requests to obtain their own copy.

FEELING USED The frustration of dealing with government communications staff has pushed one Vernon, B.C., reporter over the edge…into editorial commentary.

Earlier, I wrote an open letter about how the non-answers those staff give reporters is actually a refusal to “provide the public with information. And if the public doesn’t know what their government is actually doing, it can continue doing things the public wouldn’t want it to do.”

That letter was shared on social media by journalists across the country and resulted in coverage of the issue by CBC Vancouver, CBC Kelowna and, most recently, Halifax’s News 95.7.

Now, in a column entitled “Why I didn’t go to your government press event,” InfoTel News’s Charlotte Helston writes that communications officials are not quoted in her stories because:

Either they didn’t call me back by deadline, they didn’t call at all, or they sent me a useless email statement that avoided every single one of my questions. I get better and more direct and courteous responses from organizations that don’t pay a designated entity to be available for media calls and to facilitate interviews (i.e. a communications officer).

The one exception to that rule is “when a press event is happening.” But Helston states, “Feeding government PR to the public is not what I signed on for. My job is to ask the tough questions about subjects you don’t buy cake and balloons for.”

The Vernon reporter didn’t respond to an interview request by deadline.

LATER BUT NOT NEVER Earlier, I reported on how British Columbia reporters didn’t pay much attention to a BC NDP proposal to fix the government’s broken freedom-of-information law—even though it would be in their self-interest to do so.

But Kamloops This Week’s Dale Bass and 24 Hours Vancouver both picked up that story a few days later, with Bass cataloguing several reasons why the long-shot legislation should be passed.

• “Treasury Board guidelines give bureaucrats free rein to wipe any non-work-related instant messages from their government-issued mobile devices,” the Canadian Press reports. “They are supposed to hold on to texts or PINs that mention government business for record-keeping purposes.” But, according to records obtained via access-to-information requests, newer generation BlackBerry devices don’t allow users to forward PIN-to-PIN messages to email accounts for later archiving, leading to suggestions to abandon the use of that communication method altogether.

• A spokeswoman for Treasury Board President Tony Clement has told the Toronto Star that the minister “believes the Canada Revenue Agency should not have deleted any instant messages if they were related to government business.”

• University of Winnipeg criminal justice professor Kevin Walby is in the middle of finalizing an edited volume entitled Access to Information and Social Justice in Canada. Walby, who worked on the volume with Jamie Brownlee, expects it will be published by ARP Books at the end of October.

• CBC News’s Dean Beeby tweets a photograph of the Bank of Canada’s recent communications guide, which advises new directors to “be transparent—up to a point.”

• CBC News reports consumer advocate Gábor Lukács has launched a constitutional challenge against the Canadian Transportation Agency, claiming that the regulator’s “failure to disclose evidence received while reviewing passenger complaints is a violation of the Charter of Rights and Freedoms’ open court principle.”

• The Politics of Evidence Working Group has launched a campaign that provides Canadians with letters asking “federal scientists and Ministers about the results of the government’s environmental monitoring and scientific research programs.” The group aims to send out over 1,000 letters by Mar. 27.

• On Mar. 25, Toronto-based think tank Samara will release a “report card that grades key areas of Canada’s democracy.” That report card will include public opinion data that “captures citizens’ perceptions of politics, as well as their political knowledge and behaviour.”

• According to the Montreal Gazette, the Quebec government has released a 191-page discussion document that could lead to a potential reform of the province’s freedom-of-information system. That system is “known for being slow, secretive and over-protective of government.”

• “The commission of inquiry into Quebec’s construction industry received precise allegations of illicit political donations to former premier Pauline Marois’s husband,” reports the Globe and Mail. However, it “never brought them to the public’s attention, according to newly released documents” (hat tip: Bruce Gillespie).

• The Toronto Sun reports it has obtained records showing Pan Am Games officials were “expecting some difficult questions” on the “lavish spending” revealed in “5,000 pages of expense documents” that were released to the media.

• OpenNWT founder David Wasyclw writes that the Northwest Territories government “can, and should, take immediate action” on a proposal to create a lobbyist registry.

• “The City of Hamilton is refusing to release the surveillance video that shows Councillor Lloyd Ferguson shoving independent journalist Joey Coleman to CHCH news.” The station “requested a copy of the tape under the Freedom of Information Act. Officials cite the ongoing police investigation as the reason for refusing to release the tape.”

• CFAX 1070’s Ian Jessop reports that, earlier this year, he sent in “sent in a number of freedom   of information requests to the Municipality of Saanich regarding the spyware put on Richard Atwell’s computer the day after he was sworn-in as mayor.” That spyware monitored keystrokes and captured what was on Atwell’s screen. But the British Columbia municipality has claimed it has no documentation responsive to those requests (hat tip: IntegrityBC).

Sean Holman writes The Unknowable Country column, which looks at politics, democracy and journalism. He is a journalism professor at Mount Royal University, in Calgary, an award-winning investigative reporter and director of the documentary Whipped: the secret world of party discipline. Have a news tip about the state of democracy, openness and accountability in Canada? You can email him at this address.