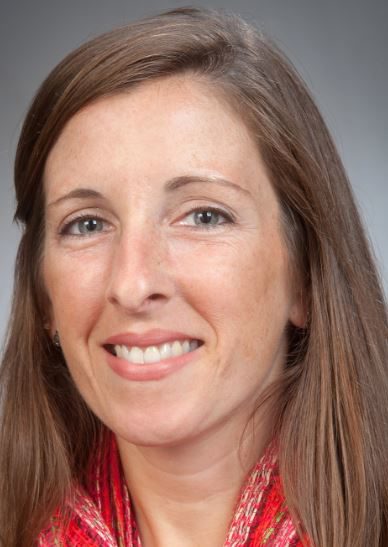 Why are so many journalists willing to write for free?

As experience and exposure are now their own form of currency, accepting unpaid work is a logical, rational investment in the hope that it will lead to a paying gig, writes Kathleen Kuehn, a lecturer in media studies at Victoria University of Wellington in New Zealand.

Last March, an editor from The Atlantic approached freelance journalist Nate Thayer about repurposing an article he’d published elsewhere for the news magazine’s website. Unfortunately, the editor informed him, freelance funds had run out. In lieu of payment, the opportunity would offer Thayer “exposure” to The Atlantic’s 13 million monthly readers.

Outraged by the proposition that a 25-year professional veteran journalist with decades of experience as a foreign correspondent would write for nothing, Thayer refused the offer, then publicly posted the email exchange on his blog, which quickly went viral. The post received over 100,000 hits on its first day and inspired thousands of online discussions, blogs and tweets about the politics of writing for free in the age of digital culture. While some criticized Thayer’s handling of the offer, much of the discourse supported his concerns about the relationship between working for “exposure” and the decline of paid writing and professional journalism.

Perhaps indicative of just how common the practice of writing for free has become, an overwhelming number of sympathizers related their own stories about being solicited for and/or accepting unpaid work. Others questioned the value of such opportunities; those who had learned their lesson from doing so encouraged the rebuttal that “people die from exposure.” (Some defended The Atlantic’s practice, including contributors, Alexis C. Madrigal and Ta-Nehisi Coates and Slate’s Matthew Yglesias).

Perhaps unsurprisingly, much of the commentary blamed the digital army of amateur bloggers and citizen journalists for collectively devaluing the written word by saturating the market with free content. Many argued that if more professional writers would heed Thayer’s “just say no” approach, then perhaps the demand for quality content would eventually tip the scales away from the oversupply of (presumably lower-quality) amateurism back in favour of those professionally trained in the craft.

Rather than considering whether or not these so-called amateurs are “ruining journalism,” I’m interested in understanding why so many people willingly work for free in the first place—a question that, surprisingly, rarely enters the debate.

Based on research I conducted with T.C. Corrigan on bloggers and online consumer reviewers, we found that many people voluntarily invest their time, energy and creativity into unpaid writing not just for fun or to build social networks (although those remain key motivators) but as a potential stepping-stone for securing future work. We call this motivation “hope labour”: un- or under-compensated work, often performed in exchange for experience and exposure in the hopes that future work will follow.

Hope labour motivates the willingness to write for free. In many ways, it’s a no-brainer: the seduction of unpaid work as a future-oriented investment offsets the risks and anxieties associated with a precarious labour market. Transformations in the global economy since the 1970s (including massive economic restructuring, globalization, technological innovation and the subsequent reorganization of labour) have replaced stable, long-term contracts with a landscape of temporary and contingent work. Un- and under-employment are on the rise; over 40 per cent of American workers now classify themselves as “free agents,” and half of all surveyed new university undergraduates believe self-employment is more secure than a full-time job—even as they leave university with unprecedented student loan debt and repayment rates.

For many aspiring writers, hope is the operative term when it comes to justifying unpaid work. Philosophers who have written about hope have long claimed that the human condition is a work-in-progress that involves the projection of the present into the future of a better or different state of being. Importantly, hope labourers draw on some condition of the past or present—some experience, event or idea—when they project their desires into the future. From this standpoint, it makes sense, for instance, that the exposure gained upon moving from one’s personal blog to an unpaid gig at someone else’s blog is regarded as immaterial currency to be potentially cashed in down the line. And we can’t fault people for this; everyone wants a job they love. The problem is that making a living at something you love in precarious times is hardly a matter of choice. We lack agency, so we hope.

Within this context, hope labour is an increasingly central and rational motivation for accepting unpaid gigs; and importantly, it’s been largely normalized by some of the very institutions we might have previously expected would challenge its more exploitative dynamics. Media, education and politics are all complicit in normalizing hope labour opportunities. Newsrooms effectively downsize by obtaining cheap content via user contributions, social media or crowdsourcing campaigns, and do so under the premise that this is the only financially viable way of preserving the fourth estate in an era where no one wants to pay for content (the conversation rarely suggests that perhaps the commercial news model no longer meets contemporary economic or cultural demands).

The media also support hope labour narratives in the regular circulation of success stories about individuals who have parlayed their 15 minutes of fame into high-profile permanent gigs, suggesting this is evidence that working-for-exposure is a proof-positive means of achieving stability in unstable times. See, for example, The Atlantic’s decision to hire Northwestern graduate Robinson Meyer because of “how good he was on Twitter.” Three years, 21,549 tweets and one Atlantic internship (presumably unpaid) later, Meyer proved he had “the right instincts” for audience engagement, satisfying editorial needs not just for good writers (no longer enough to meet the timely and niche-based demands of today’s production schedules), but “good readers and connectors.” (Incidentally, Meyer landed the job just months after editors refused to pay Thayer for one story.)

As its own form of unpaid work, social media platforms like Twitter now compete with formal education as a training ground for aspiring writers. As Meyer’s hiring editor noted: “I know a lot more about Rob from his Twitter usage than I could ever locate on his college transcript or resume.” In keeping up with rapidly changing times, tertiary institutions are moving away from the traditional liberal arts model of intellectual exploration towards building “practical knowledge” that also supports the free labour economy. One needs to look no further than the extent to which colleges, universities and even some high schools have rolled out unpaid internship programs, often mandatory and unregulated, at unprecedented rates in the past decade. As of 2008, 80 per cent of U.S. universities offer courses on “entrepreneurship,” while new majors in social media teach students how to better brand their digital selves. Indeed, the institutions that would likely have the greatest ability to disrupt the normalization of hope labour are those most likely to rely upon, or promote, hope labour arrangements.

To criticize those who accept unpaid writing gigs fails to acknowledge the larger economic realities that aspiring writers must navigate in making themselves employable. To blame the hopeful for the state of the writing industries does little but lock aspiring writers into a double bind. On the one hand, free writing (supposedly) diminishes the trade as it paradoxically undermines the very profession many of these same people hope to enter. Yet at the same time, working for exposure is precisely what traditional social institutions now promote as the primary means of making it in an otherwise precarious economy. Generating self-exposure or building one’s “soft assets” (skills, knowledge, digital literacy) through unpaid writing reflects dominant Western beliefs concerning individual self-reliance and entrepreneurialism; it’s about getting a leg up in a competitive market by using the tools available to “make do” in a world where no one owes you anything.

Admittedly, the antagonism between professionals and amateurs around the devaluation of culture is not new, nor is the solicitation of free labour specific to professional writers. But while there are no easy answers to resolving the contradictions of accepting free labour, blaming “amateurs” for trying to make themselves employable fails to account for the reasons they accept unpaid work in the first place.

As experience and exposure are now their own form of currency, accepting unpaid work is thus a logical, rational investment in one’s own professional aspirations. At minimum, it also explains why The Atlantic—and so many publications like it—can obtain stories without paying for them, even as writers like Thayer publicly protest the grounds on which such offers exist.