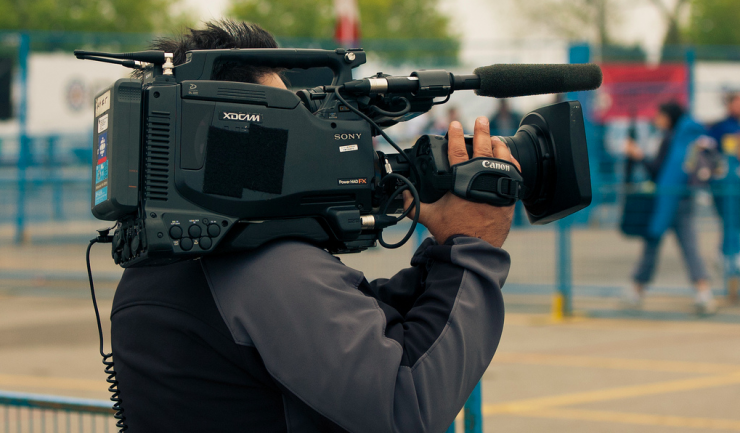 Why is CBC taking aim at our videographers?

CBC management has decided to target the very people who are the front line of news in this most recent layoff.

When people tune to the CBC—as they will—for the results from Alberta’s exciting election on Tuesday, they should be aware that nearly every videographer working on the show has a layoff notice in their pocket.

For some reason, CBC management has decided to target the very people who are the front line of news in this next layoff. About 40 of the 241 positions eliminated in this round of layoffs are videographers. And even more strangely, every videographer in Alberta got a pink slip.

What strategy could possibly lay behind getting rid of your videographers? The so-called “mobile-first” plan? Ha! These people gather news for all four platforms—they shoot video, gather audio, and their work is seen and heard on your mobile device, all your digital news sites, on radio and TV. They are among the very best CBC’s front-line ambassadors—who talk directly to the public—whether it’s police at a protest scene, the family of a murder victim, the children at a parade. They are the rough-and-tough workhorses who stomp through mud and slush and over hills to get to a scene, go right up to fires, shoot messy accidents, forge through traffic to make deadlines every single day. They freeze and sweat and get soaked waiting for “the shot.” They are journalism’s eyes, ears and often its muscle too.

To be clear, no layoff notices should be going out—to anyone. The CBC of the future still needs the dedicated people who do the work Canadians rely on.

Hitting videographers is like hitting all of us. It is hitting all of us. All of CBC’s platforms will be adversely affected. The news organizations that are considered the leaders of our business right now—the Guardian, the BBC and the New York Times—all have wonderfully shot video on their sites—it’s not an afterthought. Video is not dead. Thinking that video is dead is what’s dead.

Losing all this video is especially bad for the platform that will soon have to compete in a vigorous climate called pick-and-pay television. Let’s not cut off our television-producing and our video-producing ability.

The Guild will fight hard to make sure our videographers have the training and help required so they can apply for the video-journalist and video producer positions that are being created. But there aren’t nearly enough of these jobs for all those facing layoff, or to get the work done. It’s just a thinning of our overall capacity, yet again. It’s diminishing programming right at its core. And it’s a goodbye kick to those who’ve served years in the trenches—often literally—and who are still needed.

This column originally appeared on the Canadian Media Guild’s website, and is reprinted here with permission.