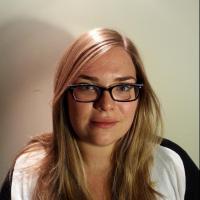 By Ashley Csanady and Lauren Strapagiel

Women in media debated the perils of working in this male-dominated field long before the allegations against a certain former radio host made it a national discussion.

We’ve been talking, but we’ve been doing it quietly.

There were whispers at the bar about that creepy guy at the office, the one who talked to your shirt instead of your face. You had elevator chats about the assignment editor who kept throwing you the celebrity stories even though you were on the news beat. Ladies shared knowing nods of agreement that, no, you shouldn’t complain because you needed to pay the rent.

No one can deny that journalism has changed—newsrooms aren’t the smoke-filled dens of men in fedoras seen in black-and-white photos. Anne Marie Owens is now the editor-in-chief of the National Post, a first for a national Canadian daily. But that doesn’t mean the power structure has shifted significantly.

When we were in journalism school just three years ago, our classes were filled with young women. We were the new face of the industry, everyone said. But then we landed jobs, and the picture changed. Although journalism schools have pumped out talented young women for decades, the average newsroom is still largely filled with men, especially in senior management.

Where women are most likely to be found in the newsroom is on the bottom rung. Young people entering the industry are, more often than not, working in precarious situations. So many of our friends and colleagues are on short-term contracts, or one-year programs, or part-time internships, or freelancing or working with the looming knowledge that their lack of seniority means they’re first in line for layoffs.

Full-time employment with benefits is no longer the norm. It’s a privilege.

And that’s certainly the norm for young men in the industry as well. The difference is that precariousness adds incredible pressure on women to remain silent when issues arise. Whether it’s something as overt as sexual harassment or just the nagging feeling that something isn’t quite right, many women would agree there’s little room to air our grievances without appearing weak, incompetent or ungrateful.

Hazlitt’s Scaachi Koul explained that feeling well in her recent piece, “How Predators Get Away With It.”

“It’s so hard to break into this industry that we’ve trained new reporters and writers to suffer through unpaid labour; we’ve also trained new female recruits to bite their tongues when a male coworker tries to take away their value,” she wrote. “That’s the cost for a woman to make it in this field: take what you get, even when it hurts, and maybe you’ll be rewarded later.”

Beyond harassment, young women in media also worry if they’ll ever have a job that offers mat leave. Or how editors would react to a pregnancy. Or what happens when you can’t say yes to every single story or request to stay late because you have a kid waiting for you at daycare.

We know male journalists deal with this too, but we’ve also been warned by older women in the industry that men can ask to leave early to pick up their kids. Women are punished or pushed out when they do.

Then there’s navigating the sexual harassment that occurs outside of the workplace in pursuit of a story. The flirty cop on scene or the researcher who didn’t seem to get that you weren’t into him, but writing a story about his ideas. Doing our jobs can be complicated simply by the fact of being female.

Not to mention, as Koul pointed out in Hazlitt, gender is not the only factor that can make it feel like there’s a target on our backs. Being a person of colour, or someone who is trans or non-binary or someone who is queer often leaves us feeling further alienated from the newsroom dynamic.

We discussed the need for a women-only networking event before the allegations against Jian Ghomeshi ever arose, but now that they have, it’s all the more clear that we have things to say, and we need a safer place to say them than the newsroom.

On Nov. 20, we are inviting women in Toronto media—whether they’re a student, a freelancer or a full-timer—to Broadsheet, so we can do just that.

Though there are regular events for Toronto’s media community, they are often, like our newsrooms, dominated by male voices. We wanted to see what would happen if we had a space of our own to mingle, knock back a drink and take these conversations out of the elevator.

And looking at the overwhelming response to Broadsheet, we weren’t the only ones.