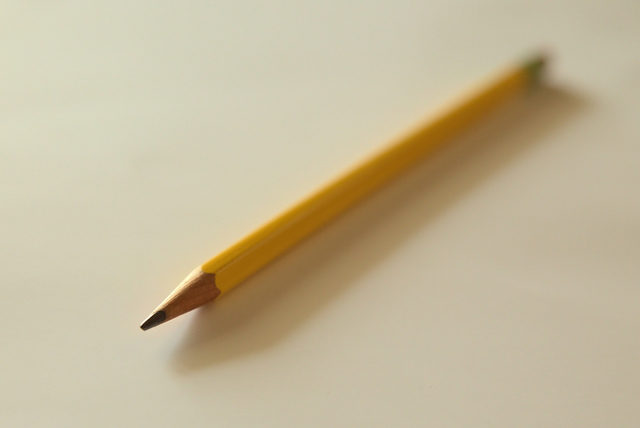 Instructors teaching first-year students at the Ryerson University School of Journalism observed what appeared to be an increase in the number of students whose fear of interviewing strangers was an obstacle they seemingly couldn’t overcome.

In the fall of 2014, instructors teaching first-year students at the Ryerson University School of Journalism observed what appeared to be an increase in the number of students whose fear of contacting and interviewing strangers was an obstacle they seemingly couldn’t overcome. After being contacted by the instructors, Bronwyn Dickson and Laura Girz from the Centre for Student Development and Counselling developed a workshop tailored specifically for journalism students and the anxieties they face in their reporting assignments. The workshop was mandatory for all students in first-year reporting classes. Here is one student’s account of the experience.

I remember being 14 years old, sitting in a local Tim Hortons with a list of questions on my lap, waiting for my first interviewee—a columnist at a nearby newspaper—to arrive for an informational conversation about journalism.

Suddenly, I felt that I was going to faint. My vision went blurry and I found myself struggling to catch my breath in a bathroom stall.

I didn’t know then, but later that year, I would be diagnosed with Generalized Anxiety Disorder (GAD)—a mental illness characterized by persistent, excessive and unrealistic worry about everyday things. I sought help, but was convinced my career as a journalist was over before it had even begun. How was I supposed to be editor in chief of Elle Canada if I couldn’t ask a stranger questions without panicking?

When I arrived at Ryerson’s School of Journalism, I was braced to combat my disadvantage alone. Surely no one else at the most prestigious J-school in the country was anxious while practicing journalism, I thought to myself.

I was proven wrong last month when two counsellors from the Centre for Student Development and Counselling led a workshop on interviewing anxiety in my first-year reporting class.

The slide on the screen at the front of the class read: “Is it just me? NO!” as counsellors Bronwyn Dickson and Laura Girz asked students about their top worries when cold calling and conducting streeter interviews.

“I will sound stupid,” “I might be rejected,” and “I will fail”—the same thoughts I battled in that Tim Hortons—were voiced by my peers.

As the presenters defined anxiety and described its symptoms, I noticed some of my classmates exchange glances when they recognized themselves in the “unhelpful thought patterns” projected on the screen.

“That is so me,” said the guy I was sitting beside when Dickson talked about “mental filtering,” an anxious tendency to emphasize our failures, but not acknowledge our successes.

“Anxiety is normal,” read another slide. “Everyone becomes anxious at times and interviewing is inherently anxiety-provoking.”

At one point, Dickson instructed us to sit up and close our eyes. She then took us through a body scan, a relaxation method where you focus solely on the sensations in each part of your body, from the top of your head to the bottom of your feet.

“I didn’t realize how many thoughts were going through my mind at a given moment,” said Janine Maral, a student who participated in the workshop. “It was almost impossible for me to focus on just one thing.”

According to the Canadian Mental Health Association, one in five Canadians will personally experience a mental illness in their lifetime. Currently, anxiety disorders affect 12 per cent of the population.

In a profession characterized by tight deadlines, multiple platforms to feed and demanding editors, stress is inevitable. Nerves can be motivational, but working as a journalist should not mean existing in a perpetual state of angst.

We should be given the skills to handle the pressures of the newsroom, just as we should be taught how to write the perfect lede.

I think the interviewing anxiety presentation affirmed just that, offering the first-year class one of the most valuable J-school lessons to date. It’s a lesson that is so often missing in classrooms, the very place it is needed the most.