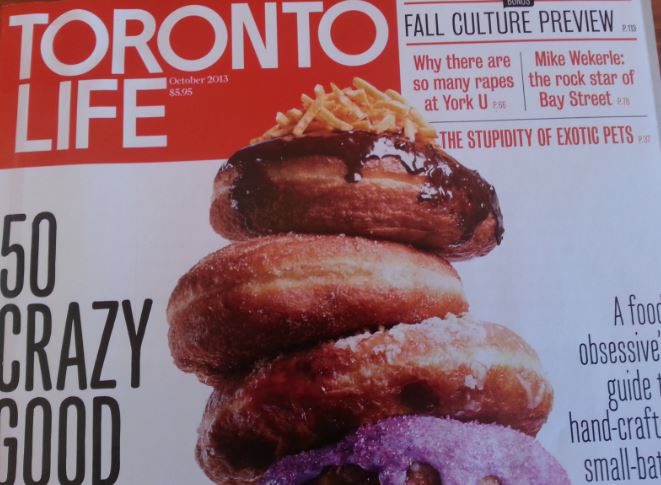 York University says it has given a notice for libel earlier this week to the Toronto magazine and Katherine Laidlaw, the writer of the article alleging that its campus has become a “hunting ground for sexual predators.”

York University said it gave a notice for libel to Toronto Life and Katherine Laidlaw, the writer of an article alleging that its campus has become a “hunting ground for sexual predators.”

The article, titled “Fortress York,” appeared in the October issue of Toronto Life and asks “why there are so many rapes at York U.”

The article has drawn fire from the university’s administration and student body. The York Federation of Students accused the Toronto magazine of sensationalizing the incidents, and the university’s student newspaper, which first tweeted the news that a libel notice had been served, also wrote an editorial slamming Laidlaw’s “bullshit narrative.”

In a note published on the university’s website, Mamdouh Shoukri, the president and vice-chancellor of York, wrote that the Toronto Life article presents a “wholly distorted picture of women’s safety on the campus of York University.”

“The article employs one out-of-context statistic to make sweeping and misleading generalizations that foster an atmosphere of fear in the York community and beyond, and cause undue reputational and other damages to the University,” he said. “The article also characterizes the campus as a ’hunting ground for sexual predators’ using language that is inflammatory and baseless.”

Shoukri added that “distorting and misrepresenting facts may help to sell magazines, but it does nothing to address the serious issue of sexual violence.”

Joanne Rider, director of media relations at the university, confirmed that the notice had been given earlier this week, but said she could not divulge any more details. Toronto Life editor Sarah Fulford and publisher David Hamilton, told J-Source they were not commenting. Laidlaw, an award-winning writer, who is currently an associate editor for Reader’s Digest Canada and has also worked for Up Here, the National Post and The Globe and Mail, also declined to comment.

Shoukri said the Toronto Life article makes several false connections. The article reported there were “at least 17 sexual offences, including assaults and harassment” on York’s campus in 2012. But the president said it was misleading to categorize all these incidents as rape, as the Criminal Code of Canada says the charge of sexual assault is a “broad, inclusive charge that covers the widest possible range of sexual offences, from any form of unwanted sexual contact to rape.”

He added the writer did not connect sexual assaults in the neighbourhoods surrounding the University of Toronto and Ryerson University.

“An incident involving a student at the corner of Bloor and St. George Streets or at Yonge and Dundas, both steps from their respective campuses, is not likely to be connected to those institutions. However, occurrences near York’s campus are frequently attributed to York, including two incidents referred to erroneously in the article,” he said.