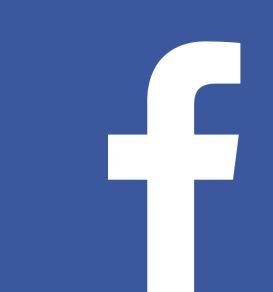 Facebook isn’t new on the block, but it often doesn't get the respect it deserves. Education editor Melanie Coulson explains why you shouldn’t/can’t still be ignoring Facebook when it comes to connecting with your audience, and what you need to know.

I’m not denying that Twitter is sexy. Something about those 140 characters is so alluring. Perhaps it’s the challenge of displaying wit and intellect in a soundbite.

But I also find it interesting that during conversations I’ve had with people (journalists, politicos, public relations/communications professionals) about social media, they think Twitter first. There’s no doubt that there are some key influencers on Twitter.

The New York Times’ David Carr recently said at a Boston University recent conference on narrative: ‘Being big on Twitter is like being big in Japan. You can’t use it as a metric of your actual reach.’

Suprisingly, when I ask people their Facebook strategy, they most often say ‘we’re still working on it.’

Facebook isn’t new on the block – but I just don’t think we give it the respect it deserves. Here’s why you shouldn’t/can’t still be ignoring Facebook when it comes to connecting with your audience, and what you need to know:

1. Fish where the fish are. Facebook has more than 1-billion active users. Canadians are on Facebook in a huge way. Of the more than 28-million internet users in the country, roughly 18 million Canadians, or 63.54 per cent, were on Facebook according to Internet World Stats.

3. Engagement isn’t just about being liked. It’s important to have as many page likes as possible, as this extends your reach into the Facebook feeds of your ‘fans.’ However, fans aren’t the main metric to judge a Facebook page by, as it only shows how many people are subscribed to your page (think mass distribution of flyers).

A better measurement is engagements (likes, shares, comments), but each of these actions broadens the reach of a post exponentially.

To continue reading, please go the Melanie Coulson's website where this was originally published.