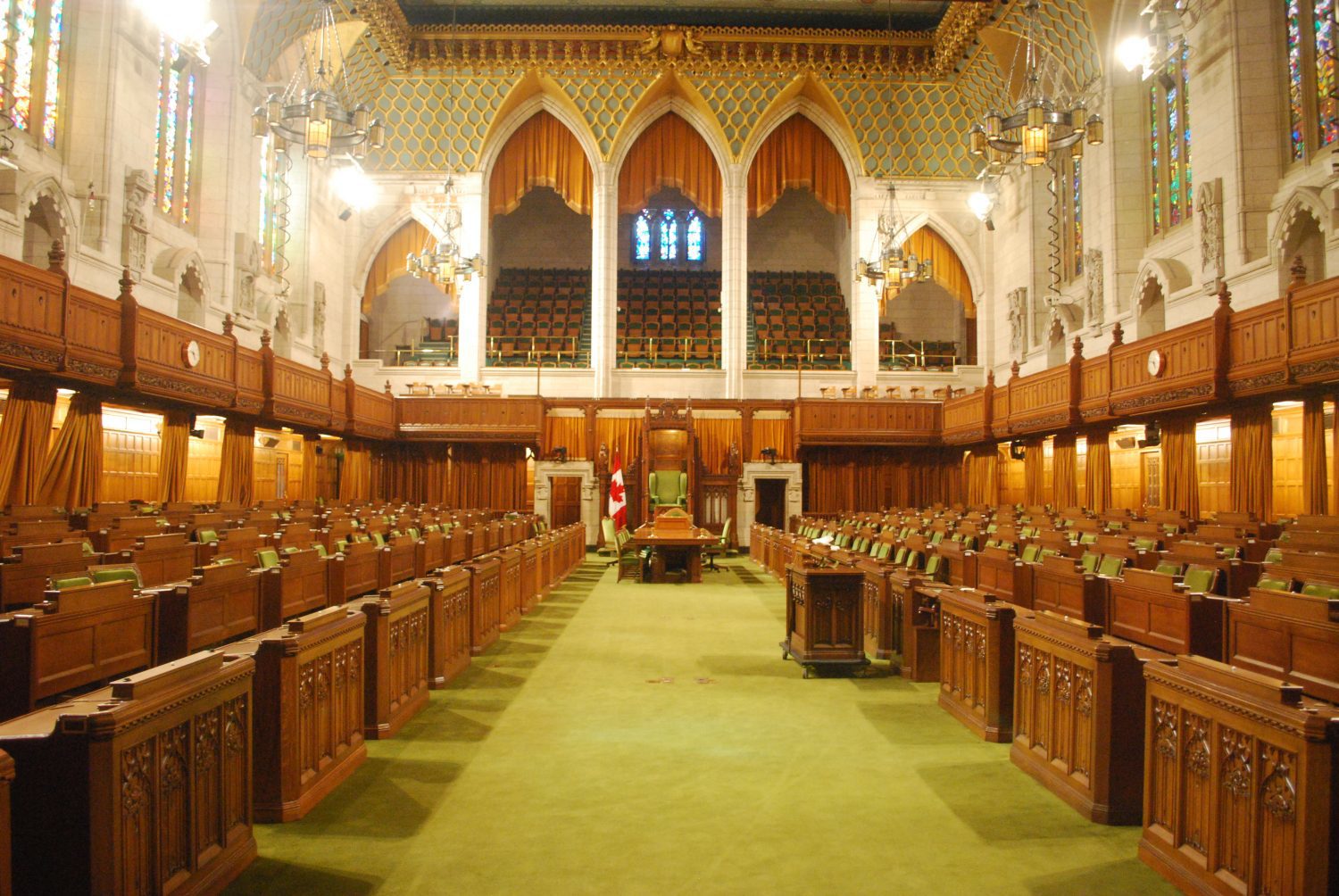 Hall of the House of Commons of the Canadian Parliament. Photo courtesy of Concierge.2C/CC BY-SA 3.0.
NewsPoliticsLabour

The Canadian news industry is getting a long-debated break from the federal government. But with a broad outline now on the table, journalists remain skeptical of the model’s potential to solve what’s ailing outlets nationwide.

Finance Minister Bill Morneau, who tabled his fall economic statement in the House of Commons on Wednesday, announced $595 million in tax incentives to help with the labour costs associated with reporting, as well as tax credits for subscribers to digital news services.

Eligibility for non-profit status and charitable donations has also been introduced – a measure the industry have been soliciting for years.

CWA Canada, a media union that represents industry workers from outlets such as CBC, Vice and Thomson Reuters, welcomed the announcement, “but cautions that the devil will be in the details.”

The devil will be in the details, but this looks very, very promising via @globeandmail https://t.co/Tli3Up7WRI #cdnmedia #journalism @thenarwhalca

Among the changes endorsed by the union are the measures that will enable outlets to receive non-profit status –  a model that has been widely successful in places such as the United States, but has been complicated in Canada by restrictive tax laws.

“But we will need to see the details before we can fully endorse the package,” added the CWA. “We don’t want to see the money being used by companies like Postmedia to pay off their hedge fund masters or to further line the pockets of top executives, and we have told the government that.”

Postmedia CEO Paul Godfrey did indeed celebrate the plan out of Ottawa.

Morneau did not go into detail about the $50-million for communities underserved by journalism that was promised in the 2018 budget.

That fund would be in addition to the newly announced tax incentives.

a reminder the last time a study was done in something like 2004, people of colour made up something like 3.4 per cent of newsroom staff in Canada, which is abysmal https://t.co/22N7phCEx8

As of 2019, independent media organizations will have access to federal support for the production of non-profit news under creative commons licences.

“This will allow local news organizations to access the content produced for free, helping to bolster local news coverage as organizations struggle with reduced capacity,” explains the Department of Finance’s report, “Investing in Middle Class Jobs.”

It is unclear if the same industry panel responsible for deciding eligibility for tax breaks will also advise on other measures, including supports for underserved communities.

Will have to check list to see how many Indigenous newspapers will qualify… https://t.co/CY9rqFIobl

Concerns about a potential bailout have been on the table for years, amid hemorrhaging media giants accelerating the speed of concentration and the reduction in access to local news. In 2017, Ottawa-based think tank Public Policy Forum published its “Shattered Mirror” report, which put forth a variety of recommendations to forestall the decline of Canadian journalism.

Its recommendations included changes to enable the non-profit model, a fund to bolster innovation in digital journalism and dedicated supports for Indigenous news organizations.

I support journalists, the good work of journalism, and all that goes along with it, but when the industry is being really really honest with itself, this bailout will fail if the industry doesn't innovate, adapt, and reflect the communities they purport to engage.

On Oct. 31, Torstar announced $18.8 million in third-quarter losses, laying off staff at various properties just a few weeks later. Torstar acquired Ottawa-based political news outlet iPolitics last month and shed five from its editorial team earlier this month. This week, on the same day the federal government unveiled its plans to prop up the industry, Torstar announced a spate of “restructuring measures,” laying off all 13 of its Toronto employees at StarMetro Toronto, with the exception of Angela Mullins, who was promoted to senior editor.

a panel of the usual suspects will make the usual decisions https://t.co/1Rns8cWMFP pic.twitter.com/KODMG5Ao7R

“We are happy that the government has moved on this file and the announcements are substantial and address the issues that have been raised by the industry,” John Hinds, president and CEO of News Media Canada, said in a statement.

When the $50-million investment was first announced in February 2018, Hinds decried the government’s response, which to him, didn’t go nearly far enough.

Wednesday’s news, to Hinds, is seemingly an improvement.

“They are heading in the right direction, though there is substantial work to be done on the definitions and implementation. We are particularly happy that the government has focused on supporting independent journalism,” he said.

We are happy that the government has moved on this file and the announcements are substantial and address the issues that have been raised by the industry. #cdnpoli https://t.co/Ljs4WTp5Of

But what constitutes independence will be up for discussion. Others, such as Ottawa-based politics site Blacklock’s Reporter, say that accepting tax incentives and reporting on government at arm’s length are mutually exclusive. “Press can’t be free of gov’t interference & reliant on gov’t #welfare at the same time, and every #2big2fail publisher knows it,” reads a tweet from the outlet.

Press can't be free of gov't interference & reliant on gov't #welfare at the same time, and every #2big2fail publisher knows it. #cdnpoli #cdnmedia 2/2 pic.twitter.com/vYFzRKBVxn

For now, many thoughts and questions remain, particularly until the government expands on details about key questions, such as who gets to decide what organizations are eligible for benefits and whether financial backstops will solve entrenched problems in Canadian journalism, such as representation in reporting, in newsrooms and for the swaths of the country already left behind by years of funding cuts and layoffs.

I'll be interested to see if this applies to non-Canadian orgs that produce Canadian content? Does the org have to be digital only or would the nyt count? pic.twitter.com/sK7KiQbnMj

Editor’s note: This post was updated at 12:26 pm ET on Nov. 23 with additional reactions from industry. 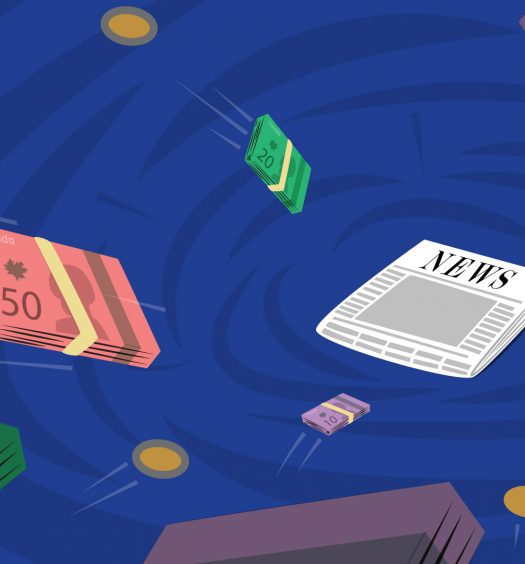 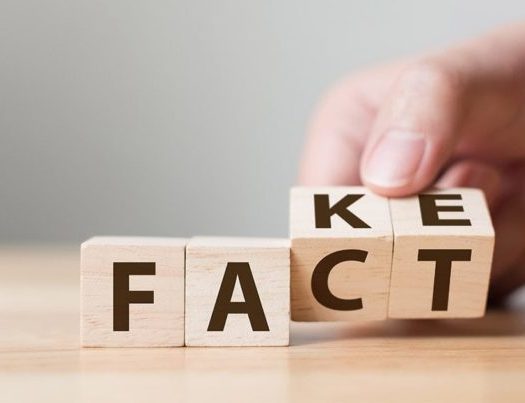