'While we do not agree with some aspects of the decision, we will not pursue it further.'

As many of you know, an arbitrator recently ruled against the CBC in terminating the employment of former CBC Manitoba journalist, Ahmar Khan.

It has been a very difficult stretch since, particularly so in Winnipeg but also for many employees outside of Manitoba. There have been a number of long, hard meetings and conversations which yielded candid feedback and raised recurrent themes. Most notably – a lack of trust and palpable hurt. And for this, we are truly sorry. As challenging as those meetings were, they were necessary and now it’s important for you to hear from us.

While we do not agree with some aspects of the decision, we will not pursue it further.

Context and details are important in any sensitive HR issue. We can’t go into a lot of detail regarding the matter involving Mr. Khan but we can say this: irrespective of your employment status (permanent or temporary), whenever we are faced with a challenging situation, all of the relevant considerations are made and a number of people are involved before we arrive at a final decision. And that was true here.

With respect to the questions and concerns that have understandably surfaced about privacy, please know we do not go looking through people’s personal accounts to see what they are up to. We just don’t.

However, when there is reason to believe that someone is in contravention of our Code of Conduct or other policies, we have an obligation to look into it. From there, we decide whether further action is warranted.

We understand many of you are looking for more clarity regarding our privacy protocols and how they are applied. Moving forward, we will commit to ensuring that everyone has a clearer understanding.

Beyond just privacy, our Code Of Conduct speaks to our values as an organization and we have a responsibility to be clear about what’s in it, abide by it, and live up to what’s expected of all of us.

The issue of confidentiality can’t be overstated, especially when it comes to reporting on issues related to discrimination or race. And on that subject, more recently, we have launched the BeHeard hotline. This initiative gives people the freedom to bring matters of racial discrimination or concern to our attention in a totally anonymous way.

We also want to touch on our Journalistic Standards and Practices. Much has happened since 2019 and we are currently reviewing our interpretation of the JSP, looking at it through a more inclusive lens. This review began late last year at CBC and Radio-Canada and involves a large group of employees, including many Black and Indigenous journalists and journalists of colour.

Change is never easy but ensuring we create a safe, equitable and more inclusive workplace has been, and continues to be one of the top priorities for senior management at CBC/Radio-Canada. We made that point, over and over, at our recent license renewal hearing. But we know these are just hollow words if we don’t act on them. Despite the week that was, we shouldn’t lose sight of what has been accomplished, fully acknowledging there is still much to be done to become a more inclusive public broadcaster.

We can’t undo the past, only learn from it and put those learnings into actions that will undoubtedly make us a better public broadcaster. Our collective energy is best directed to what’s in front of us as we keep pushing forward. And if we’re going to be successful in that endeavour, we can’t rest, and we have to do this work together. 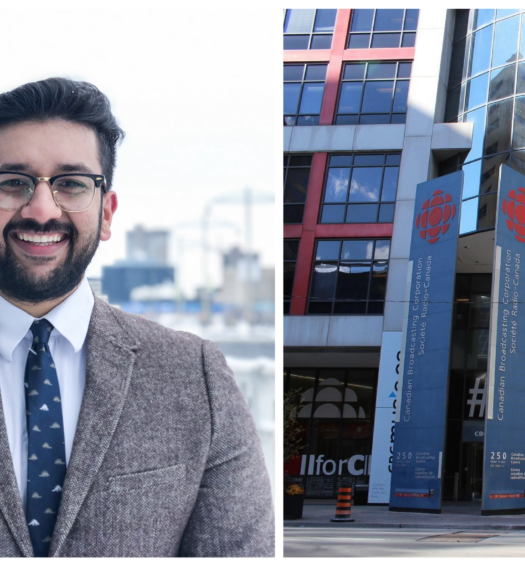 What the decision in a dispute between CBC and Ahmar Khan proves about how ...