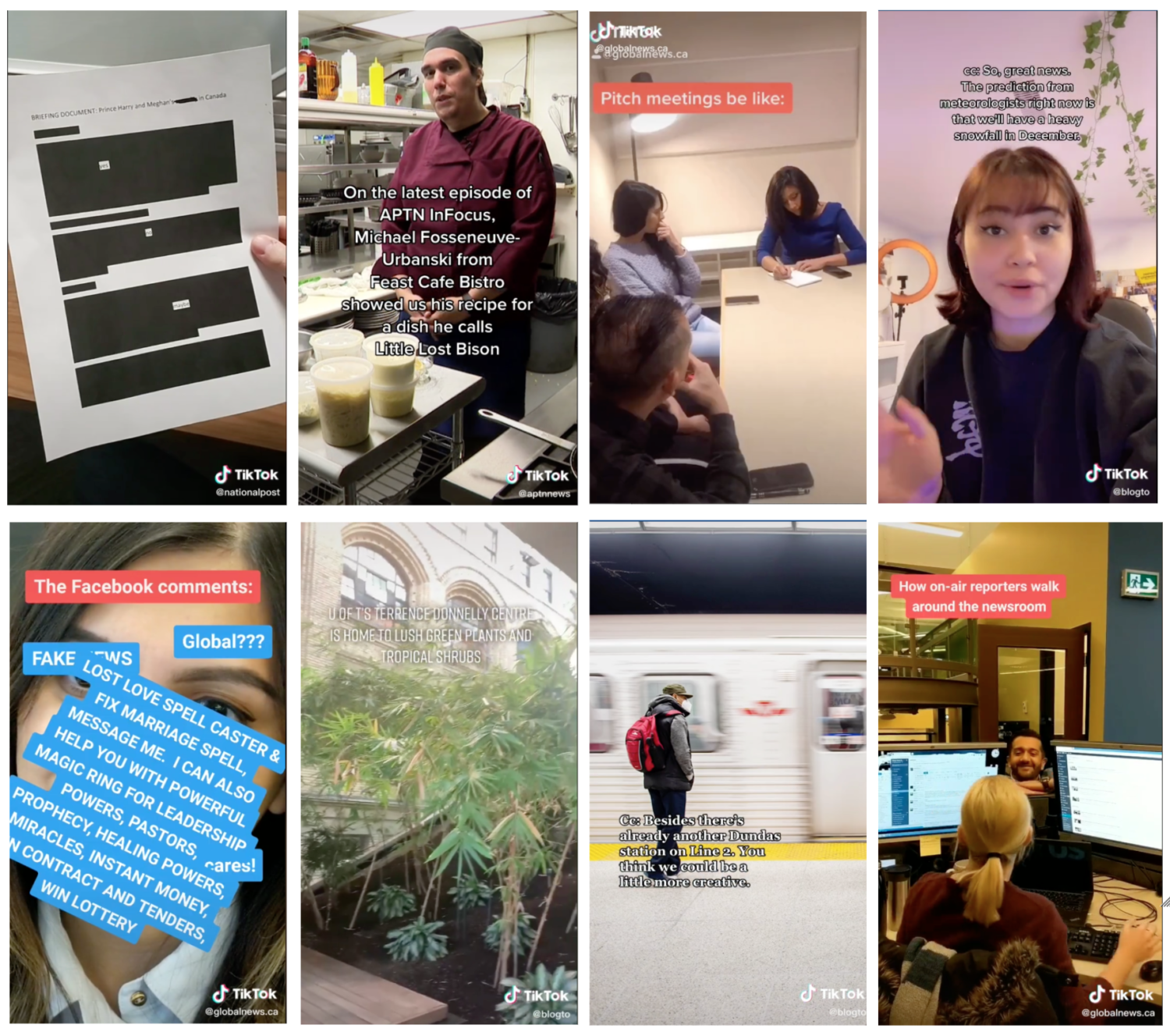 News outlets and journalists are realizing the power of TikTok as a storytelling tool, and they are smart to do so.

With a massive young, highly engaged user base, the short-form vertical video app’s appeal is understandable for newsrooms looking to reach new audiences.

Publishers that were quick to get into the space have been rewarded with an influx of followers and views, as well as invitations to take part in TikTok-funded programs.

However, Canadian news outlets have been slower than their counterparts in the United States and elsewhere to develop a presence on the short-form video app. Only a handful of Canadian publishers seem to be active on the platform.

“There’s a lack of saturation in the industry,” says Mercedes Gaztambide, who creates and hosts TikTok videos for the Toronto-based website BlogTO. “I think that might have been one of the reasons the @blogto account has been successful.”

The account, active since May 2019, regularly earns six-figure views and has attracted more than 230,000 TikTok followers with its prolific mix of videos related to local news and culture.

Global News was another early Canadian entrant in spring 2019 with @globalnews.ca (an account I helped launch) and the National Post has a verified account that earned 200,000 views or more on some of its first videos in December 2019. Just last month, APTN started @aptnnews.

Journalist Francesco Zaffarano, who started a TikTok account for the U.K. newspaper the Telegraph, thinks more should follow suit.

“It’s (almost) never too late to land on a platform,” Zaffarano, who has been tracking news-based TikTok accounts, said in an interview. “I wouldn’t bet on Myspace today,” he added jokingly, “but in general, if you have something to say, there’s always time.”

The potential benefits are clear. Look at the success of the Washington Post, a North American journalism pioneer on the platform that has amassed more than 776,000 followers since May 2019 and uses TikTok not only as a branding tool with Generation Z but also as a driver of newsletter and digital subscriptions.

Individual journalists themselves have also seen their efforts on the platform pay off.

Max Foster, a London-based CNN reporter who told me @maxfostercnn is a “personal account but of course inextricably linked to CNN,” has more than 200,000 followers on TikTok, far more than his audience on Twitter, Facebook and Instagram combined. Foster was recently tapped to host a live TikTok interview series with fellow top U.K. creators.

Such success is possible because of TikTok’s immense popularity, uncannily accurate “For You Page” algorithm and publisher-friendly infrastructure, which has been impacted by both the global coronavirus pandemic and threats to its very existence.

While TikTok has been growing in relevance since Chinese company Bytedance acquired it in 2017 as Musical.ly, 2020 has been a banner year for the app. TikTok has been enjoying explosive growth while also weathering a ban in India and the threat of a ban and sale in the U.S.

It hit an estimated 2 billion downloads from Google Play and Apple’s App Store in April, powered by a global pandemic that forced people into their homes and onto their phones. This means that while the user base is still largely under 25, there are also pockets of older users who may have joined out of boredom or as a way to connect with their children.

A Donald Trump-imposed September deadline to restrict TikTok in the United States (which was later rescinded) saw another huge spike in downloads. There are an estimated 850 million monthly active users worldwide and seemingly as many niches or versions of TikTok, from #booktok to #beantok.

In response to the pandemic, and to keep nervous creators on the platform, TikTok unveiled a US$50 million #LearnOnTikTok fund this spring that is giving grants to 800 news publishers, experts and others. Additionally, there are two creator funds that TikTok promises will allow eligible creators to share as much as US$3 billion over the course of three years. More money for publishers could be coming: there’s another unconfirmed American “history education fund” related to the still-murky sale of TikTok’s U.S. operations, worth US$5 billion.

This has combined to make TikTok a very powerful platform for news publishers who want to go beyond lip-syncing and dance crazes.

“Think about joining TikTok, not assuming that it’s just a place for entertainment and silly dances for children,” said Zaffarano.

Instead, “think of it as a place where you have the very rare opportunity to reach a demographic that has been completely underrepresented by mainstream media and especially legacy media.”

But not all of these funds benefit journalists and publishers in Canada, which may be a big reason why we don’t see as many homegrown accounts. For example, the creator funds are only currently available to individuals in the United States, United Kingdom. and parts of Europe. Canadian newsrooms looking to maximize their return on investment may be waiting for an incentive.

Another reason why Canadian news outlets may be on the fence: a relatively low user base. Marketing and advertising agency We Are Social reports that last year, TikTok usage in Canada lagged behind Snapchat, Reddit, gaming app Twitch and even Tumblr.

For those journalists or news organizations looking to jump in, there are three steps to a successful TikTok for news strategy:

1. Make it a team effort

It’s important to get buy-in from a group of stakeholders.

For Zaffarano, the Telegraph’s social media team saw a chance to reach younger readers and jumped at it: “All of us more or less understood the power of the platform from the very beginning and we were most interested in interacting with that specific demographic, which we weren’t reaching anywhere else.”

With privacy concerns around Chinese-owned TikTok parent company Bytedance, newsrooms need to make sure everyone is comfortable.

“We had huge discussions here, to be honest, internally, if it’s the right move,” said Patrick Weinhold, who runs social media for the German television news program Tagesschau. For a mainstream legacy media brand like Tagesschau, being associated with Bytedance and TikTok was a carefully considered decision, he told a panel hosted by European Journalism Centre.

“I think TikTok’s a real people platform,” Dan Thorne, who is in charge of social media for Guinness World Records, said in an interview. “It feels like people want to celebrate human beings … and all their wonderful quirks and skills.”

For GWR, that means videos that highlight people with interesting and unusual claims to fame, a niche that has earned @GuinnessWorldRecords 230 million likes across all its videos.

Having a niche is crucial. BlogTO’s niche is pretty straightforward: it posts about all things related to Toronto. TikTok host and Ryerson University student Gaztambide said the brand has discovered that it’s best to focus on topics that appeal to those who know about Toronto — but don’t necessarily live there. “When we do things that are too niche and particular to Toronto, the videos don’t actually do as well,” she said, noting that a video about a landmark frequented by locals might underperform, compared to a video poking fun of the infamous transit system, which has a lacklustre reputation.

Dave Jorgenson, the journalist behind the Washington Post’s TikTok account, said you need to embrace the silly and strange aspects of the app in order to resonate with the audience.

“I think that [the content] has to kind of fit in with the humour,” he said at an Online News Association conference last month. “So you can’t just try to tell people the news on the app and not at all get involved with the weird memes or sounds that are happening.”

TikTok is fundamentally communal, with content centred around challenges and reinterpreting trending audio and memes. Guinness recently sponsored a #RecordsDay challenge asking users to try to break existing Guinness world records and quickly racked up one billion views. Features such as Duets, Stitch and video comment replies encourage interaction between users and also can help publishers easily create additional content that is authentic to the platform.

One of the main reasons that TikTok has been slow to catch on with Canadian publishers could be that they are already stretched thin trying to keep up with the platforms they are already on.

While using in-app features such as Duets, Stitch and video replies are easy ways to produce content, creating these 60-second or less videos can be surprisingly time-consuming.

One way to make a venture such as this sustainable is to limit the amount of content that is made especially for TikTok. GWR supplements its original TikTok videos with user-generated content from award holders and footage from its archives.

A successful tactic, used by major broadcasters such as Yahoo News and NBC News, is to repurpose video that may have been shot for television, crop it and post it to TikTok. Another tactic is to get extra mileage out of TikToks by posting it elsewhere. GWR makes compilations of TikToks and uses them to update its Facebook page. Global News broadcasts TikToks on its morning show and reposts them to Twitter.

To sustainably incorporate yet another platform, it can be helpful for news organizations to use Google’s fabled 80/20 innovation rule. According to this program, co-founders Sergey Brin and Larry Page explained in 2004, employees spend 20 per cent of their time working on innovative and creative work while using the remaining 80 per cent on regular business tasks. (This program’s effectiveness and very existence at Google has been debated over the years, but the concept has merits.)

At the beginning, this rule helps to make TikTok — or any innovation that can help futureproof journalists and their newsroom — a habit while they also take care of business as usual. (It can also come in handy to rein in overzealous teams when they become obsessed with TikTok.)

While this year has been massive for TikTok, it’s also given rise to numerous short-form vertical video competitors trying to cut into TikTok’s market share and steal away top creators such as Charli D’Amelio, who joined Triller in a non-exclusive deal as of September. While some news publishers could see this as a reason to wait it out, it’s actually all the more reason to develop a strategy and a capacity for this type of content.

But there are reasons to think that TikTok will continue to be a player in Canada.

The #LearnOnTikTok fund, which has already benefited publishers, is part of a larger microlearning trend that We Are Social predicts will continue in 2021. And TikTok’s been investing in staff for its Canadian operations, just last month hiring executive Gave Lindo away from CBC as TikTok Canada’s director of content programming.

With parts of Canada going back into lockdown as a second coronavirus wave hits the country, usage of the app is likely to go up.

Shauna Rempel is a social media strategist and a Ryerson University School of Journalism instructor. She has authored and co-presented TikTok For News strategies to the Online News Association, journalism schools and to the Norwegian Institute of Journalism. 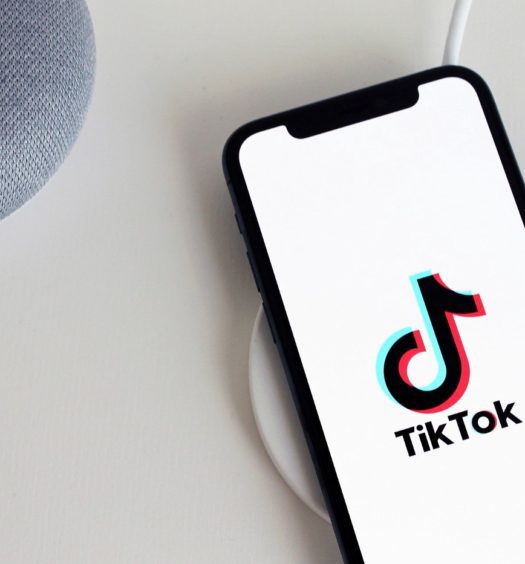 Understanding the TikTok saga and what it means to Canada 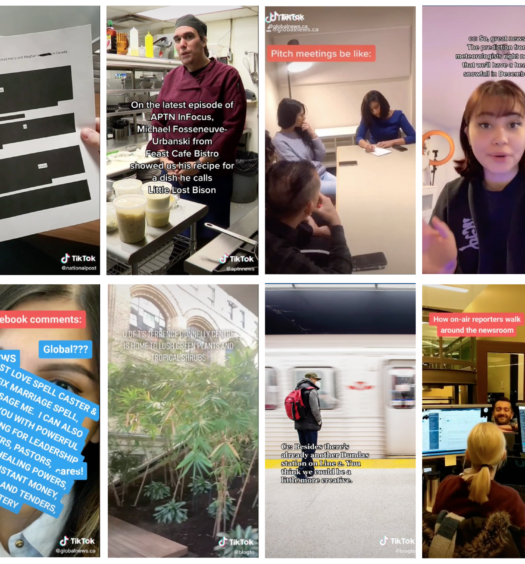 Read More
TikTok For News: Why there’s a place for journalism on the app