By Canadian Press  •  9 months ago

Torstar Corp. lost $23.5 million in the first quarter as revenue dropped 20 per cent from the same time last year amid a decline in advertising and flyer distribution, the print and digital publisher said Wednesday.

The company, which owns the Toronto Star and other newspapers, said it has made progress on a long-term transformation of its business toward digital publication but faces significant pressure on revenue as businesses cut back on advertising amid the COVID-19 pandemic.

“We are monitoring our financial outlook closely and are developing plans to implement additional labour and other cost reductions depending on the length and severity of potential revenue declines.”

Torstar in April announced 85 permanent layoffs across the organization. It said Wednesday that it expects the job cuts will produce $7 million of annualized savings. It has also frozen discretionary spending, for a $5-million reduction for the full year.

Torstar’s operating revenue fell to $92.5 million for the three months ended March 31, down from nearly $116 million a year earlier, due to the impact of the measures taken to slow the spread of COVID-19 started in mid-March as well as the closure of StarMetro print editions in late December.

Excluding the impact of the closure of StarMetro print editions in late December, Torstar said its first-quarter operating revenues were down 17 per cent.

The impact of the COVID-19 pandemic was illustrated by a 58 per cent decline in print advertising revenue in the latter half of March on a same-store basis, compared with a 29 per cent decline for the quarter as a whole.

In addition, flyer distribution revenues fell 27 per cent in the latter half of March and digital advertising revenue declined about 12 per cent.

On a more positive note, Torstar said print subscription revenue hasn’t been significantly impacted by the COVID-19 pandemic to date, while digital-only subscription growth accelerated near the end of the quarter and has continued into April.

Analysts on average had estimated $109 million of revenue and an adjusted loss of seven cents per share, according to financial markets data firm Refinitiv.

Torstar says it expects to receive $12 million for the first eight weeks of the federal emergency wage subsidy for companies affected by COVID-related revenue losses and expects to qualify for about $6 million more for the remaining four weeks of the program.

It also noted an increase in print and digital advertising related to COVID-19 public service announcements, by government agencies and some other advertisers, as well as $11.9 million in tax credits from prior government programs to defray the cost of journalism salaries. 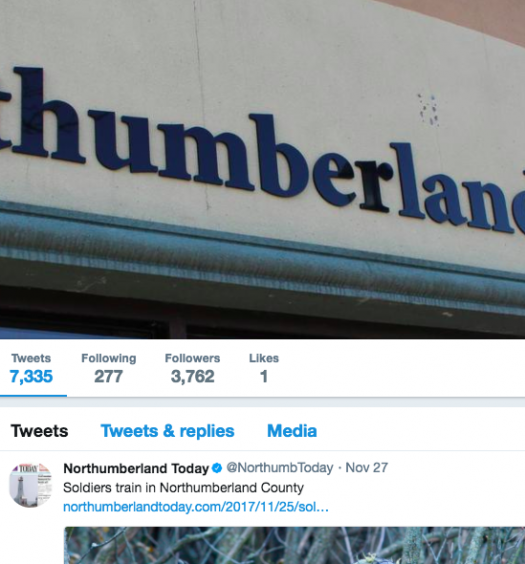