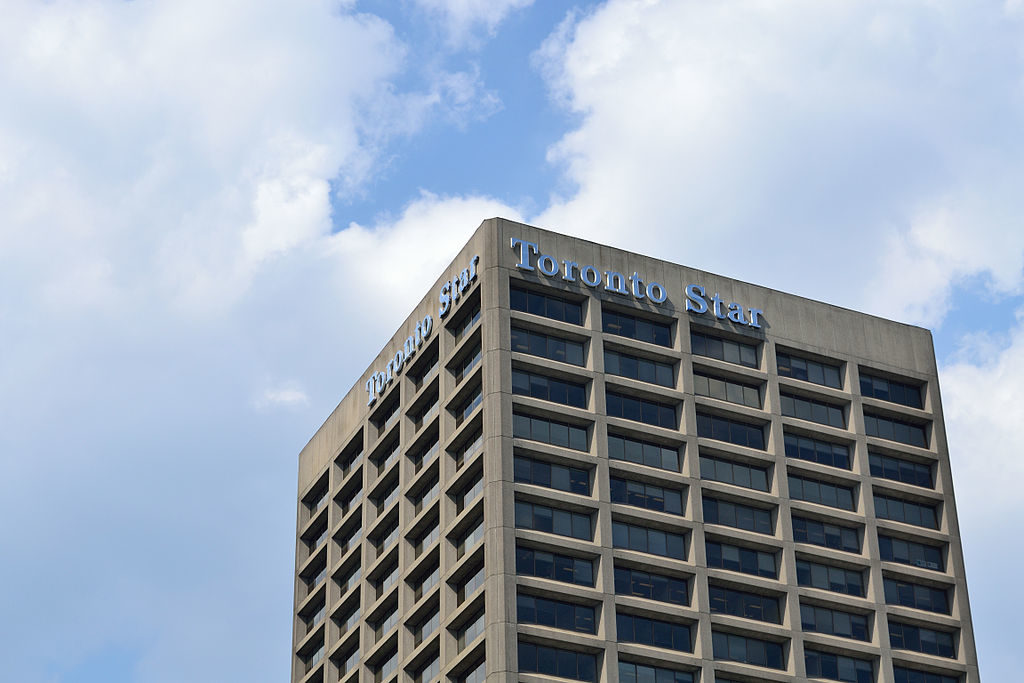 By David Paddon, The Canadian Press

Shares in Torstar Corp. plunged after the company reported a larger-than-expected loss and suspended its quarterly dividend, setting in motion a mechanism that could shift the balance of power among the company’s shareholders.

The media company reported on Wednesday a $40.9-million loss attributable to shareholders and an 11.6 per cent decline in third-quarter revenue.

The company’s publicly traded B shares dropped to 53 cents — the lowest on public record that go back to the late 1990s — following Torstar’s announcement, before rising to 60 cents in midday trading.

The owner of the Toronto Star and other publications has focused on finding new sources of revenue to offset declining sales of print advertising and revenue from distributing printed advertising flyers, primarily in Ontario.

Chief executive John Boynton told analysts Wednesday that the decision to suspend the dividend “is consistent with our ongoing objective, to preserve cash and strengthen our financial position as we continue our transition.”

Boynton said it’s difficult to predict the pace of that transition but that management continues to be pleased with subscriber revenue “which now represents a significant and growing portion of our revenue base.”

Print and digital subscriber revenue, predominantly from Torstar’s daily newspaper, accounted for $30.2 million or 27 per cent of total revenue in the third quarter, up from $29.6 million or 23 per cent in the comparable period of 2018.

Digital advertising revenue accounted for 12 per cent of total third-quarter revenue in both years, but fell to $13.9 million for the three months ended Sept. 30 from $15.1 million a year ago — primarily because of eyeReturn Marketing Inc., one of Torstar’s non-newspaper businesses.

The suspension of dividend payments triggers a countdown that could result in a power shift among shareholders, since Torstar’s publicly traded B shares could potentially gain voting rights in the second half of 2021.

Torstar’s class A shares, which have one vote each, are vastly outnumbered by the class B shares — which would get one vote each if there’s no dividend payment for eight consecutive quarters.

Almost all of the class A shares are controlled by the Torstar Voting Trust, which is chaired by John Honderich, who is also a shareholder and chair of Torstar’s board of directors.

The company said its board of directors will review the dividend policy again in the fourth quarter of 2020.

“What we’re saying is, for the time being, at least through the fourth quarter of next year, no one should anticipate a dividend,” chief financial officer Lorenzo DeMarchi said.

“Then, depending on where we are at that point, and the strength of our financial position, the board will re-evaluate it again,” he said “But not between now and then.”

Torstar had been paying roughly $2 million per quarter in dividends to its class A and B shares since the dividend was reduced twice in 2016, to 2.5 cents per quarter.

The decision to eliminate the dividend came as Torstar reported a net loss of 50 cents per share for the quarter ended Sept. 30 compared with a loss of $18.8 million or 23 cents per share in the same quarter last year.

The loss included a $19.9 million non-cash charge related to a re-valuation of property, plant and equipment and intangible assets within Torstar’s non-daily newspaper segment.

Operating revenue fell 12 per cent to $111.8 million compared with $126.4 million, in line with analyst estimates.

Analysts on average had expected $112 million of revenue and an adjusted loss of 15 cents per share, according to financial markets data firm Refinitiv. 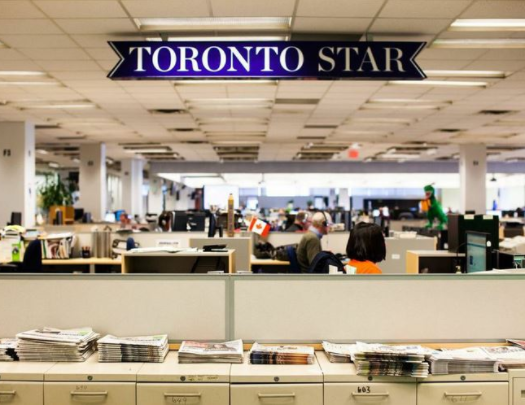