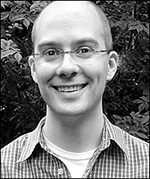 Nearly two months after the job posting went up, the J-Source transition team has announced that Bruce Gillespie, assistant journalism professor at Wilfrid Laurier University, will take over as editor-in-chief effective August 1, 2013.

Nearly two months after the job posting went up, the J-Source transition team has announced that Bruce Gillespie, assistant journalism professor at Wilfrid Laurier University, will take over as editor-in-chief effective August 1, 2013.

“Bruce brings a wealth of experience in journalism to the position,” Christopher Waddell said in a memo on behalf of the transition team. Gillespie is a tenure-track professor who's been published in Canadian Business, Canadian Geographic, MoneySense, Chatelaine, National Post, This Magazine and Quill & Quire. He was also the editor-in-chief of personal finance website Bankrate.ca for six years before his appointment at Laurier in 2010. Waddell noted that Gillespie also “developed special sections of the Financial Post Magazine and handled the news section of This Magazine” as a freelance magazine editor.

Gillespie said he's really excited to take on the role and that he was interested in the position even before the job posting went up.

“I respect the site a lot and certainly how it's grown over the years, and I use it in my classes quite a bit as well. I was excited about the chance to take over.” He said he plans to oversee J-Source continuing to provide a level of coverage about journalism and media in Canada that's not really found anywhere else.

Outgoing editor-in-chief Janice Neil was praised for her “outstanding effort and devotion to J-Source.” Waddell noted that “the development and growing impact of the website in recent years is largely the result of her tireless work in overseeing the publication and its staff.” The fact that J-Source will be able to head into 2014 and retain the Canadian Journalism Foundation's support as a significant funder while transitioning into an independent organization is the best example of Neil's success, Waddell said.

J-Source has been funded by the Canadian Journalism Foundation since it was founded in 2007, but is in the process of moving to a different funding model by January 2014. The members on the J-Source transition team are Christopher Waddell, John Honderich, François Taschereau, Colette Brin, Ivor Shapiro, and Kelly Toughill.

Neil has been editor of J-Source since 2010 and is an associate journalism professor at Ryerson University. She succeeded Ivor Shapiro, who founded J-Source in 2007, and is currently chair of the Ryerson journalism school.

“I think I'm going to have to fill some very big shoes of Janice's because she's doing such a good job with this for three years now,” said Gillespie. “So I'm a little nervous about that, but otherwise I'm really excited.”