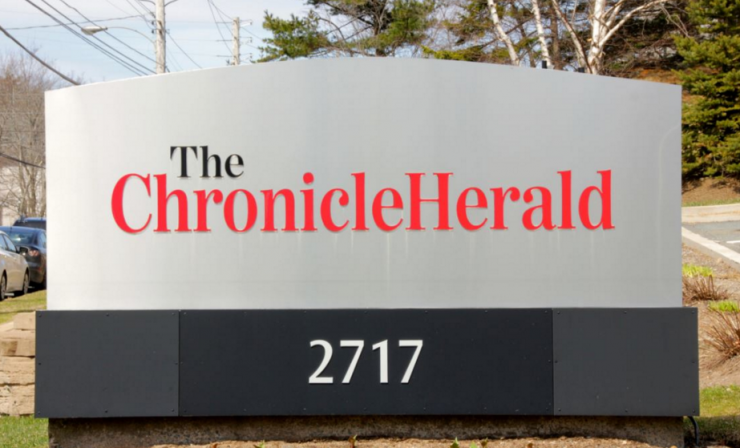 HTU calling for boycott of businesses advertising in the Chronicle Herald.

As the Chronicle Herald strike stretches into its seventh week, the union is escalating its protest efforts.

Last week, the Halifax Typographical Union called for a boycott of businesses that continue to advertise in the newspaper. Frank Campbell, HTU vice-president, told J-Source that members have started rotations picketing in front of those same businesses in Halifax. They’ve also gotten support from the Nova Scotia Federation of Labour and a number of other labour unions.

In addition, HTU has asked people not to speak with Chronicle Herald replacement workers. Canadaland reported that the provincial NDP is refusing to speak with reporters from the Herald.

Campbell said the union has not had contact with management at the Chronicle Herald since about two days after the strike began. “The company in its original proposals wanted to change about 1,200 things in our original contract and they haven’t really moved off of that stance since last October,” he said. “We are waiting for them to make a move.” Campbell said the union had offered concessions but management has not responded to them. Whether the union offers to go back to the table will depend on what the membership decides.

Given that the paper has made no secret of hiring replacement workers, Campbell said there were some expectations that the strike could be a lengthy one.

Mark Lever, the president and CEO of Halifax Herald Ltd., has not returned multiple requests for comment from J-Source. An assistant at his office told J-Source on the phone that he was not commenting at this time. According to the Halifax Examiner, Lever did not attend a Game Changers event in Halifax, despite being scheduled to do so.