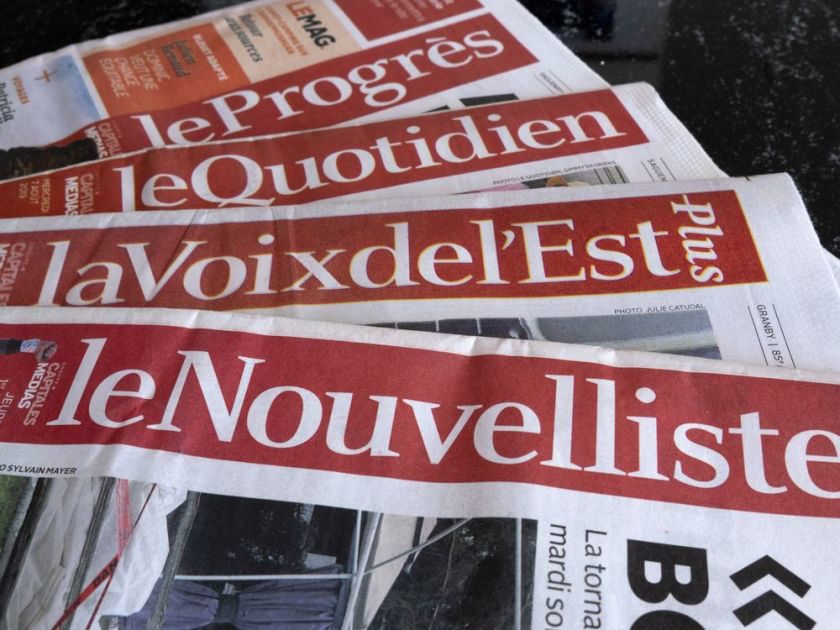 A selection of newspapers owned by Groupe Capitales Medias (GCM) are pictured in Montreal on Aug. 19, 2019. (Paul Chiasson / THE CANADIAN PRESS)
News

Employee efforts to take over an insolvent Quebec newspaper group are at risk of falling apart despite support from the Quebec government.

Desjardins Group has walked away from a project to support Groupe Capitales Médias, a move that has prompted union institutional investor the Solidarity Fund to question its own participation.

Desjardins, the Solidarity Fund and another union fund, Fondaction CSN, were approached to finance the project against another offer from Metro Media.

Trustee PricewaterhouseCoopers will make its recommendations to the Quebec Superior Court on Wednesday.

Investissement Quebec, a government agency, has already loaned the company about $15 million. Economy and Innovation Minister Pierre Fitzgibbon said he hasn’t closed the door to another contribution even though the initial loan is unlikely to be repaid.

Fitzgibbon said between $10 million and $15 million more would be required, along with money promised from the federal government.

This report by The Canadian Press was first published Nov. 19, 2019. 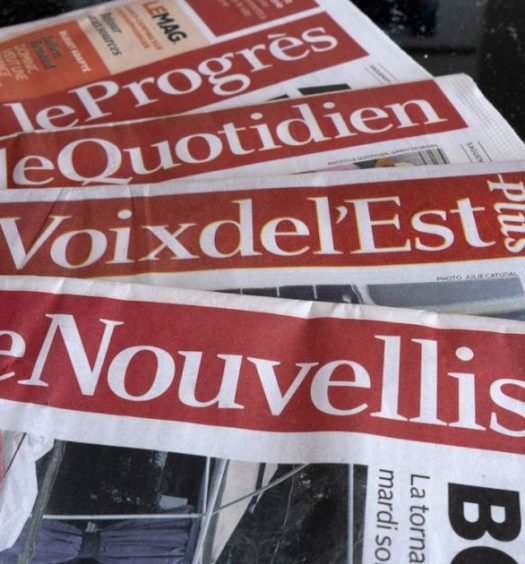