By Christopher Waddell  •  4 years ago

Sonya Fatah is an assistant professor at the School of Journalism at Ryerson University.

I am pleased to announce the appointment of Sonya Fatah as J-Source editor-in-chief beginning August 7, 2018. 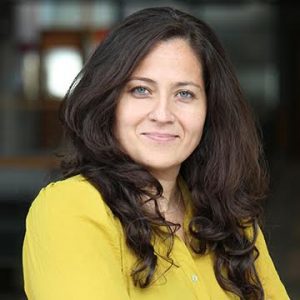 teaching since 2017.  She came to Ryerson with 15 years of experience practicing and teaching journalism at Ryerson,  Humber College and Centennial College, as well as in a diploma journalism program in India.

She has an extensive background in international reporting and writing, having worked as a journalist in India, Pakistan, South Africa and Canada. She has written for numerous Canadian publications, including the The Globe and Mail, Toronto Star, Maclean’s and The Walrus.

For eight years Sonya was based in New Delhi where she worked as India correspondent for the Boston-based web publication, Globalpost.com (now Public Radio International) and also wrote a column on India Pakistan-related issues for The Times of India. She has also produced radio and feature film documentaries.

She has a Master of Science degree from Columbia University’s Graduate School of Journalism in New York and a Master of International Affairs also from Columbia. Sonya’s research interests include nationalist discourse and its influence on foreign and local coverage and the impact of youth journalism projects in vulnerable communities.

Sonya is replacing Patricia Elliott who is taking a well-earned one-year sabbatical from her position as an associate professor at the School of Journalism at University of Regina.