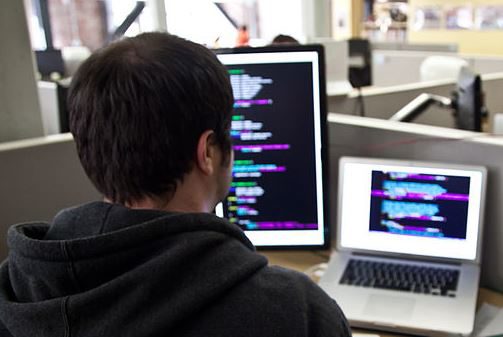 Opinion: Why journalism schools must teach code—even if every journalist is not wired that way

The modern newsroom will necessarily include developers working side-by-side with journalists, and journalism schools need to adapt to that new reality, writes Canada.com homepage editor William Wolfe-Wylie. Sometimes that will be as a newsroom developer. Frequently, it will not be. Plus, take the poll: Should journalism schools teach coding?

Two years after beginning this journey, I’m more intimidated by what I don’t know than when I started. That’s what learning code will do to you.

In January 2012, U.S. startup Codecademy issued a challenge called Code Year. Learn to code in one year, it promised. So I signed up.

Developing custom interactives with HTML, CSS and JavaScript involves learning three different languages and how they interact with one another. Web scraping to circumvent having to file tedious access-to-information requests and gathering corporate data requires knowing a bit of Python and Regular Expressions. More complex web applications for newsrooms could involve even more difficult server-side languages.

I quickly learned there would never be a point when I would sit up and declare: Finally! Now I’ve learned how to code!

Just like journalism, it’s a long process of learning new tools, tricks, ideas and languages. Learning to code expands your horizons, twists your brain into thinking about problems in new ways and opens up new solutions to old problems. It’s an eye-opening and world-changing experience. But it’s still just another tool to get stuff done.

It’s from this reality that the debate about teaching code in journalism schools arises.

In my class at Centennial College, in Toronto, I teach multiplatform journalism. The final unit is an introduction to programmatic concepts, and students write Python programs to scrape data from the web. We use existing services like Google Charts, Fusion Tables and Excel to visualize that data and turn it into stories.

I take this approach with students because I believe it brings them a deeper understanding of how the Internet works and keeps their brains focused on gathering information rather than making it pretty: the foundation of good journalism.

I do not believe that every student should learn these skills. Programming is an intensely logical process. Not everyone’s brain can be twisted in that direction. Brilliant researchers, editors and writers should not be told they have no future in journalism because they failed to create? a Python web scraper or a D3 data visualization.

Similarly, people who excel in these technical fields should be able to find their niche in journalism by proving their abilities to scrape the dark corners of the web for exclusive stories and question them critically.

The modern newsroom will necessarily include developers working side-by-side with journalists. Often, they will be journalists themselves. They will be talented minds who will make or break news teams.

Also part of those news teams will be talented videographers, talented writers, talented designers and talented interviewers. To expect a single person to master each of those skills is simply unreasonable.

Instead, journalism schools should focus on helping students understand their strengths and customize their learning to play to their strengths. Journalism schools should help students recognize their invaluable roles in the modern news team, how flexible they’re capable of being and where they’re most passionate. Sometimes that will be as a newsroom developer. Frequently, it will not be.

Should every journalist know how to code? No. But every journalist should know someone who knows how to code, and they should be resources unto each other to create stronger teams. Journalism schools need to offer their students the opportunity to become that resource.

William Wolfe-Wylie is the homepage editor at Canada.com and the closest thing that website has to a newsroom developer. He previously worked with Sun Media and Canadian University Press. Follow him on Twitter @wolfewylie.