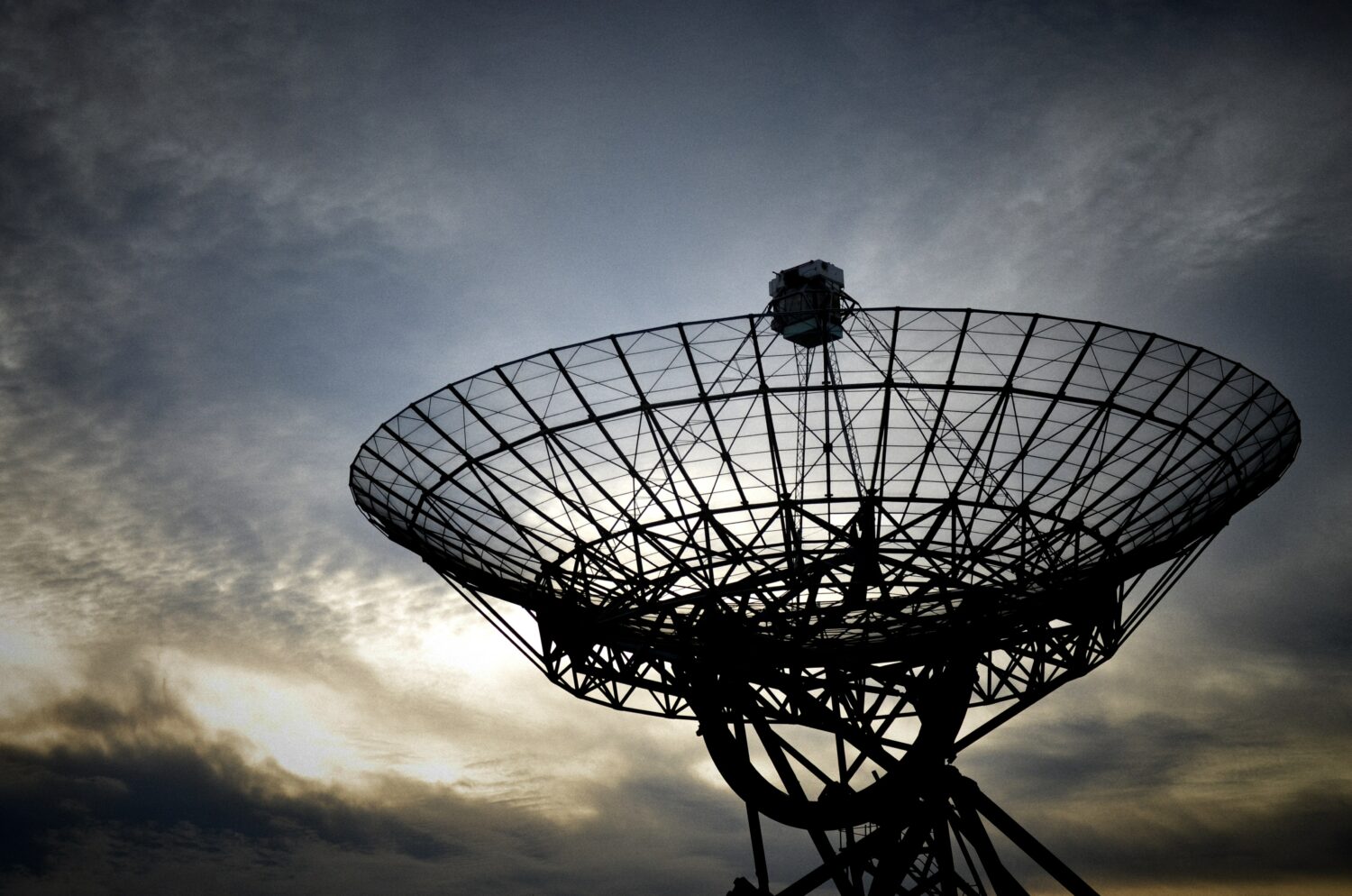 The silence of Radio Canada International

For a country that once regarded itself as one of the world’s leading middle powers, Canada’s voice on the international scene is a strikingly quiet one these days. It reminds me of the line from that famous “dead parrot” sketch in Monty Python: “bereft of life, it rests in peace.”

The latest sign of this is the decision by CBC/Radio-Canada to implement changes that have effectively smothered Radio Canada International (RCI), its fabled global audio and online service that has helped serve as “Canada’s Voice to the World” for more than a half century.

In a December announcement replete with CBC doublespeak, the CBC unveiled a “major transformation” of RCI that, it claimed, would ensure RCI remains “a strong and relevant voice” in this century’s media landscape. Not surprisingly, the practical impact of these changes is precisely the opposite.

Flipping RCI’s historic mission on its head, the service will now focus more on ethnic minorities within Canada rather than on continuing to produce programs tailored uniquely for international audiences. More than half of RCI’s beleaguered staff have been laid off.

This latest CBC battering of RCI — a pattern that has gone on for decades — triggered considerable criticism. In February, a group of 32 prominent Canadians sent an open letter to Prime Minister Justin Trudeau and other senior government ministers urging that the CBC scrap its planned strategy and appoint an independent committee to plan a rebuild of the international service: “In an interconnected world in search of truth, facts and honest journalism, countries like Canada cannot abdicate their role on the world stage.” Its signatories included former prime minister Joe Clark, former foreign affairs minister Lloyd Axworthy, former UN ambassador Stephen Lewis, actor Donald Sutherland and author Naomi Klein.

This latest RCI controversy comes at a time when the world’s major powers are floundering and divided, creating a historically unique vacuum for aggressive middle powers to fill. Instead, Canada is retreating from the world.

When the UN Security Council met on May 16 to discuss the deepening crisis in Israel and Gaza, two of the countries that were among the most outspoken and high profile were Ireland and Norway. Canada was off somewhere on the sidelines without much of a public voice.

Ireland and Norway happen to be the two countries that beat Canada last June in an election for two open UN Security Council seats that was widely regarded as an embarrassing setback for Canada’s prime minister.

After all, wasn’t it Prime Minister Justin Trudeau who, when elected in 2015, had this messagefor the world? “Many of you have worried that Canada has lost its compassionate and constructive voice in the world.  Well, I have a simple message for you. On behalf of 35 million Canadians, we’re back.”

Well, not quite.  Last June’s UN defeat pointed to a different reality. It became evident that Canada’s shrinking foreign policy in recent years — particularly during the decade of Stephen Harper’s tenure — and a widespread global ignorance of this country’s values and character have contributed to a diminished international presence for Canada.

Last November, CBC president Catherine Tait published a short essay titled, apparently without irony, “Yes, the world needs more Canada.” “In a noisy, chaotic world brimming with content, your national public broadcaster is an important platform for Canadian values and voices to the world,” Tait wrote. “And the world is watching.”

Actually, it isn’t. Tait’s meaningless boast ignored the fact that the CBC, for years now, hasn’t had a significant international presence.

Although the CBC president raved about the network’s insightful reporting of international stories, she didn’t mention the brutal budget cuts in recent years that now see the English- and French-language services of the CBC investing far less in coverage of foreign news than in the past.

Also unmentioned was the fact that the CBC has virtually abandoned its own production of international documentaries, an area in which classic CBC current affairs programs such as The Journal used to be among the world’s best.

The CBC president’s claim that Canada needs to share its stories with the wider world were more empty words. Shortly after Tait published her piece, the CBC announced that RCI’s staff, which exceeded 200 people in 1990, would be reduced from 20 to nine employees.

This means its English- and French-language sections no longer exist for the first time since Canada’s international service was created 75 years ago. And RCI content and operations are now dependent on the domestic Radio-Canada and CBC services — in a way that looks strikingly like a translation service. After several delays, these changes were implemented in May.

For all of the tortuous funding dramas of recent years, the history of Canada’s international service is actually a remarkable one. In some ways, RCI’s rise and fall can be seen as a microcosm of how Canada has so often sabotaged its international standing by retreating to within its own borders, both in action and in attitude.

Decades before it was handed over to the CBC and became Radio Canada International, it began in 1945 as an unexpected triumph in the dying days of the Second World War as Canada’s voice to the world. It quickly became one of the world’s most popular international shortwave broadcasters.

In February 1948, the cover story of Maclean’s Magazine reported on “The CBC’s Tower of Babel: through its international service, Canada talks to the world in eight tongues — at a cost of a dime a year per citizen.” It eventually expanded well beyond eight languages and went on to chronicle, for international audiences, Canada’s growing influence as a leading global middle power.

In 1972, Radio Canada International became the official name of the service in both English and French. Its headquarters were in Montreal, something I remember well because I first joined CBC Radio in Montreal in 1972 and often encountered RCI colleagues. At the height of the Cold War, I regarded their work as particularly exotic.

Twelve years later, I was part of the CBC team covering Lebanon’s civil war, and RCI again surfaced in my life. We kept running into people from both sides who wanted to tell us they had relatives in Canada and admired our country. I asked why, and more than a few replied: “We heard about it on Canada’s radio.”

The reach and impact of Canada’s international service have always been a challenge to assess, but there have been many efforts by governments and the CBC to do so.

In her 2007 history of RCI, The Age of International Radio: Radio Canada International (1945–2007), University of Warsaw professor Elzbieta Olechowska, who was the CBC’s editor-in-chief of international training at the time and has since published several texts on media and cultural studies, wrote that there had been an “absolute consensus reached on the importance of RCI’s mission, on a favourable assessment of its performance, and on the need for its activities to be adequately funded.” Even though “report after report backed and praised RCI,” she concluded, “somehow instead of significantly growing, the organization barely survived.”

In terms of its journalists, programmers, support and production teams, Canada’s public broadcaster, including at RCI, is still blessed with gifted and passionate people who see their work as a public service. But as this latest controversy reveals, it is their senior management leaders — emboldened by government indifference and a CBC board of directors apparently asleep at the switch — who are to blame. They have been inept at championing their cause, preferring instead to go the easy route and gradually transform the CBC into yet another cash-strapped commercial network, that, ironically, is largely funded by Canadian taxpayers.

They have failed on two crucial fronts: first, to convince governments from both national political parties that the CBC can be essential to the growth of Canadian values at home and abroad; and second, to show Canadians as a whole what a genuine public service broadcaster actually looks like.

And that, as much as anything, is what is so dispiriting about this latest uproar over CBC’s RCI cuts. The private media job cutters who have ruled the CBC at its most senior executive level for at least 17 years now — most of them with little genuine public broadcast or journalistic experience — have done what their political masters have required of them. They have kept on cutting, and by doing so they have now all-but-silenced the CBC’s international voice.

This again reminds me of that ‘dead parrot’ sketch in Monty Python.

A man who has just bought a parrot that appears to be dead complains to the pet shop owner with palpable exasperation:

“This parrot is no more. It has ceased to be. It’s expired and gone to see its maker. This is a late parrot. It’s a stiff. Bereft of life, it rests in peace. If you hadn’t nailed it to the perch, it would be pushing up the daisies … This is an ex-parrot.”

But maybe not, I think to myself, clinging desperately to hope.

Why shouldn’t we believe the pet shop owner when he replied that the parrot was not really dead — he was “simply stunned, resting?”

Not unlike the CBC, perhaps?

If CBC’s current senior management, or the one that ultimately succeeds them, turns around and actually follows the public broadcasting principles it claims to support, then it too could emerge from this deep sleep, well rested and less stunned.

And so could Radio Canada International.

This piece was originally published by Open Canada and appears here with permission. 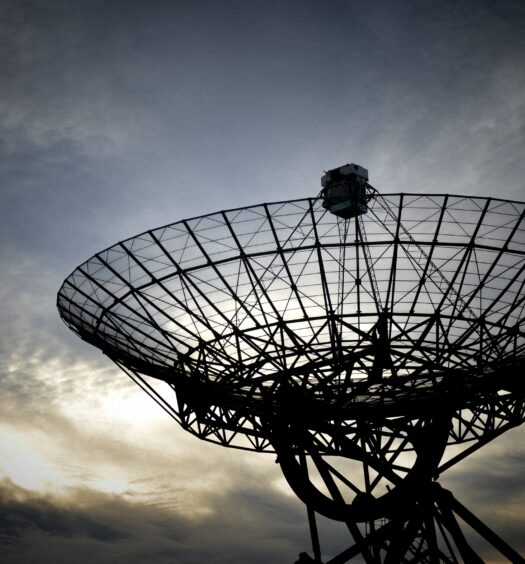 The silence of Radio Canada International