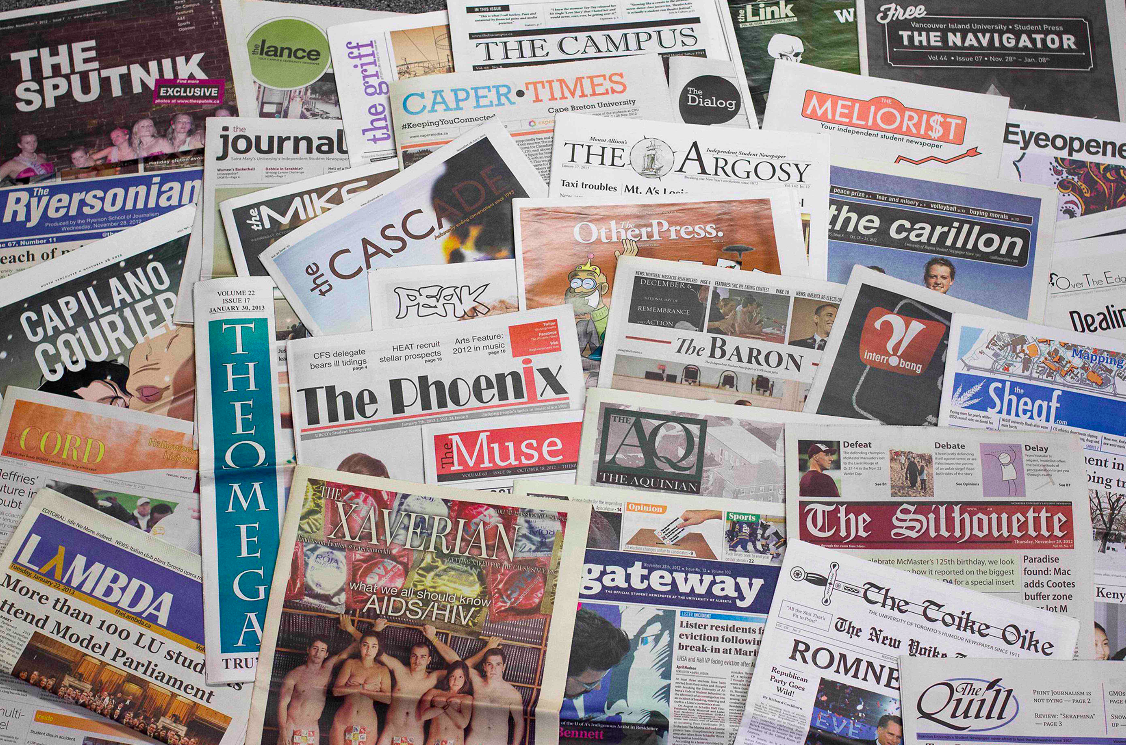 By Audrey Carleton  •  5 years ago

Legacy media can learn something from the student press when it comes to building representative newsrooms.

Legacy media outlets struggling to make their newsrooms and boardrooms more inclusive might do well to look at campus newspapers—a place where both the successes and challenges are worth studying.

While these numbers indicate that white, straight, and people without disabilities predominate campus newsrooms, the representation of minority groups within editorial boards is higher than their representation across Canada. According to Statistics Canada, women account for 50.4 per cent of the national population, while 22.3 per cent  of Canadians identify as visible minorities, 4.9 per cent identified as Indigenous, 1.7 per cent identify as a sexual minority, and 7 per cent report having a disability that affects their daily life.

What’s more, the diversity of campus editorial boards shows a step away from the homogenous media landscape in Canada. Despite the fact that many publications seldom participate in studies on diversity, some surveys have shown that Canadian legacy media is predominated by white men. In 2015, a Canadaland investigation into CBC staffing discovered that 93 per cent of its employees were white.

A 2017 J-Source survey of 125 news and general interest columnists at national and regional newspapers across Canada found that women to comprised just 37 per cent of respondents, while visible minorities comprised 11 per cent, and people with disabilities made up four per cent.

White men are also the most recognized in the world of Canadian legacy journalism. A 2017 J-Source examination of the National Newspaper Awards found that men have been awarded at higher rates than women almost every year since 2007, with 2013 as an outlier year in which these results were reversed. Men typically dominate every category of awards as well, with the exception of beat reporting, which a woman has taken home eight years out of the past ten.

Within the context of historically non-inclusive field that is Canadian media, the results of the survey at hand indicate that campus publications are modelling representative hiring. Yet, maintaining and respecting diversity requires proactivity from editorial boards, and minority editors face distinct and real challenges even in the most diverse of newsroom settings. J-Source spoke directly with survey responders to unpack these experiences, which might not be self-evident in the presented statistics.

This survey does not meet scientific standards, and the results may be biased. J-Source visited the website of every independent student-run, news-focused outlet at each four-year university in Canada, according to Universities Canada. We excluded magazines, journals, or other niche publications, and publications run by a university department. We similarly excluded media outlets at colleges, CEGEPs, and other technical institutions across Canada.

Over the course of five weeks in June and July, we contacted the editor-in-chief of each publication by email, using the address posted on the outlet’s website. The author has inevitably left out publications by mistake, as some universities did not have newspapers listed online in an easily accessible location. In total, J-Source contacted 60 newspapers. Eighty-seven editors across 21 publications responded.

The editors-in-chief were asked to complete a brief survey that asked for their year of term—either the 2016-17 or the 2017-18 school year, depending upon their publication’s hiring schedule—and for their identification with five equity categories:

The editors surveyed were then asked to pass along the survey onto the other editors on their team, and either collected their responses or instructed their team’s editors to respond directly to Carleton. The total number of editors who responded was 70. As with any survey, the response rate and sample size may introduce bias into the results.

The importance of representation in campus newsrooms

Having diversity among newsroom staff can allow honest reporting of issues that are relevant for a diverse array of readers. What’s more, many campus publications are mandated to focus on small, local events, thus diverting their content away from what is already covered in mainstream and national news sources.

To Mirali Almaula, editor-in-chief at University of Guelph’s The Ontarion, neglecting the opportunity to feature marginalized voices in alternative content contributes to a vicious cycle that makes minority students on campus feel ignored and unwelcome.

“It’s important to represent groups that aren’t part of the dominant culture, because otherwise those groups get overlooked,” Almaula said. “They don’t see themselves represented in mainstream media as often as they should be, and then if (campus newspapers) also don’t represent them, then it negates the experience of a whole demographic. And it’s depressing, it’s disheartening to not see yourself and not see your interests represented, and it makes them feel like they’re not being valued.”

While the results show that Canadian campus newsrooms contain more diversity than the population of Canada, figuring out how to properly celebrate this diversity is another story. Several of the campus publications surveyed are currently taking proactive steps toward representing minority voices in their papers. For example, in the past year, The Dalhousie Gazette published an issue focused entirely on highlighting the work of women and femmes. Similarly, The Cord made publishing queer-focused content a top priority in their annual Valentine’s Day issue, according to McInnis, who identifies as queer.

“(For) the Valentine’s Day issue, my editor-in-chief last year made it so clear that we weren’t just going to print all straight content, we were going to have some queer content in there, and try and get some diverse voices,” McInnis said. “Sometimes that meant actually reaching out to the people that we knew were comfortable writing that kind of thing.”

Shining a spotlight on marginalized folks and the issues that matter to them also requires making an active effort to locate these voices across campus. Kaila Jefferd-Moore, editor-in-chief of the Dalhousie Gazette, plans to balance the predominantly white editorial board she currently oversees by recruiting writers from cultural minority groups across campus.

“(I am) trying to reach out to the societies on campus and seeing if they have writers that are interested,” Jefferd-Moore said. “I think it’s important to also include them in the reporting and include them in the stories rather than just sending a reporter out to them, kind of tokenizing them … looking for that good story and then coming back with it.”

Almaula noted that although her editorial board for the upcoming school year is fairly diverse, the team will still receive formal anti-oppression training on how to include and represent marginalized voices and views in the paper.

Having an editorial team that is trained in anti-oppression is particularly valuable in situations of crisis, as it ensures that those in power can handle cases of harassment and discrimination in a way that prioritizes the needs of the survivor. For example, when serving as arts and culture editor for the Dalhousie Gazette this past year, Jefferd-Moore found herself on the receiving end of a slew of harsh, sexist comments from a male contributor after misspelling his name in print. After the same contributor followed her part of the way home one afternoon, her editor-in-chief stepped in, prioritizing Jefferd-Moore’s safety as an editor over the paper’s contributor relations.

“I really respect the way that she handled it,” Jefferd-Moore said. “(The other staff) were all like, ‘You no longer have to edit or work with this contributor.’ They said if he’d ever pitch to me again I could hand it off to another editor if that would make me feel comfortable. The staff was very supportive of me which was so helpful.”

Proactive steps like this can also provide a safe space for students in media on what can otherwise be homogenous campus environments.

“A lot of the time, universities look like cliched high school movies where you have everyone kind of segregated,” Almaula said. “If we can be a small part of at least building understanding between groups if not having cross-cultural moments occur then it’s a step in the right direction at the very least.” 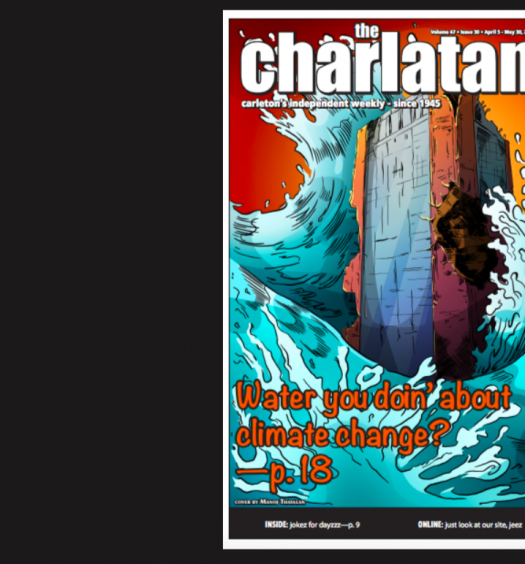 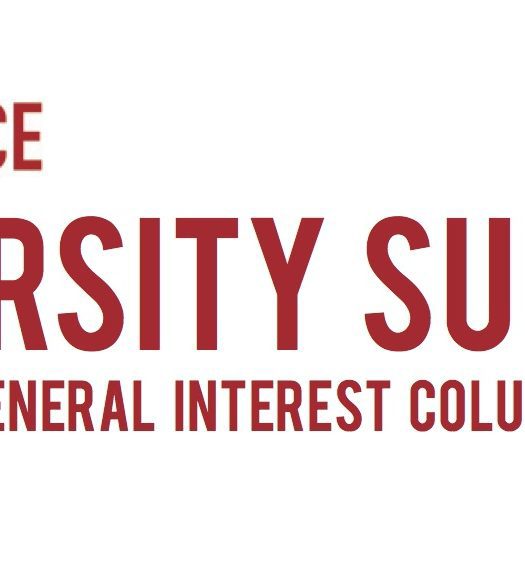